Commercial drivers to embark on indefinite strike from Monday - MyJoyOnline.com

Commercial drivers to embark on indefinite strike from Monday 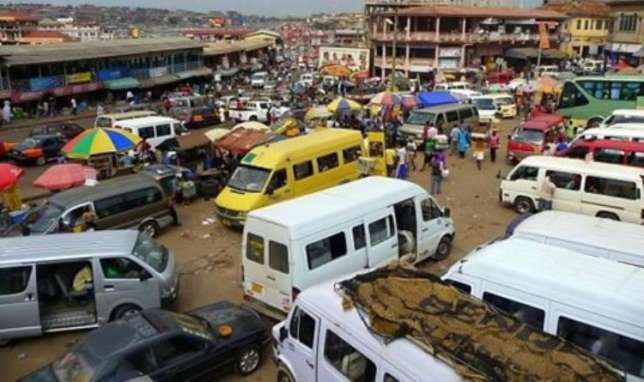 The Coalition of Commercial Transport Owners has announced its intention to embark on a nationwide indefinite strike beginning Monday, December 6, as part of measures to compel the government to scrap some taxes on fuel to enable reduction at the pumps.

According to the Coalition, the government for the past two weeks has failed to heed their calls for some taxes to be scrapped off hence the decision to embark on the sit-down strike.

The group has asked its members to put on red armbands to register their displeasure with the government.

Speaking on JoyNews, the group’s spokesperson, Abass Imoro noted that the government must find a lasting solution to the hikes in fuel prices.

“We started this crusade for about two weeks now, we have applied all humble measures to this. Each time we come out with our program, government authority steps in, oh wait, give us time then we will reverse whatever decision we have taken. Not once, not twice but thrice or four times hence our people started accusing us that we are not good leaders,” he said on Sunday.

“Looking at the current economy in which we are, we researched and find out that there is a way out.  There are some taxes and levies and margins that can be scrapped out which will reduce the pump price for all of us to alleviate us from the current suffering,” he stated.

Abass Imoro urged the government to scrap off taxes like the Price Stabilization and Recovery Levy, Special Petroleum Tax, the Energy Recovery Debt Levy and the Sanitation levy.

He said the industrial action will take place until the government is ready to engage the group for a lasting solution moving forward.

Meanwhile, the Institute for Energy Security (IES) has projected fuel prices are likely to hit GH¢7.0 per litre or more by the end of the year.

According to a Research Analyst at the IES, Fritz Moses, Global demand for fuel is expected to increase in the winter and that could trigger a hike in prices globally in the wake of limited supply.

“We don’t see prices decreasing anytime soon. With the expected increase in demand on the international market in Europe, Asia and even in Africa, we think it will cause prices to increase.

“The supply from the oil-producing and exporting countries together with Russia, are unwilling to increase their production. They are sticking by their quota, which is releasing about 400,000 barrels per day on the market till April next year,” he said.