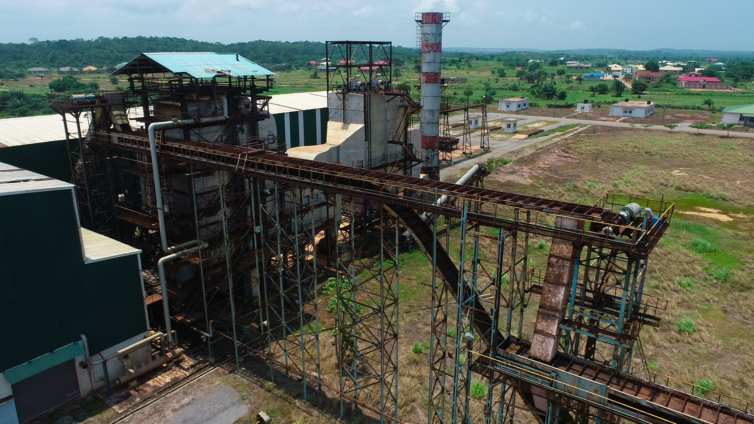 Deputy Minister of Trade and Industry, Michael Okyere Baafi is of the view that the commissioning of the Komenda Sugar Factory in the Central Region was done hurriedly without due diligence.

The Komenda Sugar Factory was built from an Indian Exim Bank facility by the erstwhile John Mahama government in 2016. Since its commissioning, the factory has not been in operation.

In an interview with Evans Mensah on JoyNews, Mr Baafi revealed that a Committee of experts constituted by Mr Alan Kyeremateng after the New Patriotic Party took power in 2017, following an audit of the project informed the Sector Minister that the necessary processes to ensure the uninterrupted operation of the facility was not met.

He noted that the facility is currently non-operational due to issues of machinery and lack of raw materials to feed the factory.

“What we have to understand is that the whole commissioning of the Komenda Sugar factory was done in a haste as far as we know. Because we know for sure that a lot of work was not done on the facility before it was commissioned. I’m talking about machinery, raw materials to feed the factory, which is critically important.

“When this government led by Nana Akufo-Addo assumed office in 2017, the Ministry as at the time was headed by Alan Keyermateng, who is still the minister, constituted a committee of experts to do an audit to find out what is happening on the ground. After the audit, the conclusion was very simple, clearly it showed that we were not ready to take of because we didn’t have enough machinery in place. Raw materials, what is critically important was not adequate,” he said while speaking on PM Express.

His comments come at a time when both former President John Mahama and President Akufo-Addo have eluded themselves from blame for the current condition of the Komenda Sugar Factory.

According to the former President, the Indian government prevailed on his administration to get the factory ready and later apply for funds to support the production of raw materials.

“The Indian government offered to assist us with the project. We were to set up the factory first and later apply for a $24 million support for sugar cultivation from the Indian government. When this current government was elected, they indicated that the project was not among their priorities. Therefore, they didn’t apply for the funds,” he said on Cape FM in the Central Region.

He, therefore, shifted blame on the incumbent government saying: “I’m not that foolish to set up a factory and have no plan for the provision of raw materials. I knew what the vision was. It was to get the raw materials first, and when we start production, we would have already had a processing plant,”

But his statement has been ridiculed by President Akufo-Addo, who noted that such an approach goes against every viable business practice.

“You would think that every industrial activity would begin with, first of all, what you want to do, what you want to produce. Once you identify that, then clearly, your next step has to be what are the inputs, what are the things that you need to be able to feed into your factory, to get to your outputs and you are therefore to be satisfied when you start producing your production, those inputs are there.”

Meanwhile, the President has given the assurance that the factory would be operationalised in the first quarter of 2022.

For Michael Okyere Baafi, such assurance is of the essence as the country has invested significant amount of money into the project.

He added that when operationalised, many job opportunities would be created for the youth particularly, as well as help government generate enough revenue to undertake several developmental projects.

“This is a strategic national asset and a business that we think will afford young people the opportunity to get employment and also create an opportunity for Ghana to generate more revenue to help us develop this country rapidly.”

DISCLAIMER: The Views, Comments, Opinions, Contributions and Statements made by Readers and Contributors on this platform do not necessarily represent the views or policy of Multimedia Group Limited.
Tags:
Deputy Minister of Trade and Industry
Komenda Sugar Factory
Michael Okyere Baafi