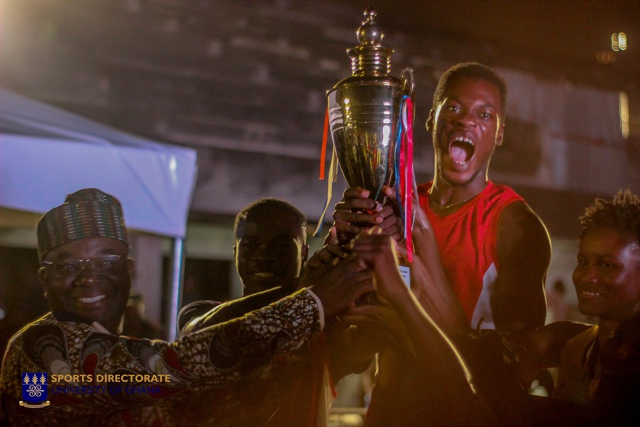 Commonwealth Hall and Volta Hall have been crowned winners of the 56th edition of the University of Ghana Inter- Hall Athletics Championship.

The event ended on Monday at the UG stadium with loads of records broken as well as big names impressing.

The three-day event was initially scheduled to end last Friday but following a heavy downpour, it had to be rescheduled to Monday.

Below is the summary consisting of the events and winners of each day;

Day 1 of the championship got underway on Wednesday with some interesting performances displayed. Eight events took place with a chunk of them in heat.

However, there were some captivating showings as well. Doreen Gagba from Akuafo Hall was just on fire as she won the Women’s high jump with 1.55 meters. Raja Komla Lagble from Commonwealth Hall was seconds away from breaking his 15.20:14 record in the 5000m race last year.

Day 2 took another shape with some interesting outcomes and fascinating talent displayed by the athletes for both track and field events.

As Day 1 events were mostly in heats, Day 2 had fewer heats and more finals. The top performers did not disappoint. Benjamin Azamati, a member of Ghana’s 4x100m gold-winning team at African Games in Morocco, Comfort Esinam Tetteh and Grace Obour shone.

On Day 3, Eric Noah Anglo from Commonwealth Hall broke a 56-year old record to grab the headlines after winning the Men’s 800m at a time 1:54s, (previous record 1:56s).