Comparing Naana Opoku-Agyemang to Bawumia is a mismatch - Baako - MyJoyOnline.com

Comparing Naana Opoku-Agyemang to Bawumia is a mismatch – Baako 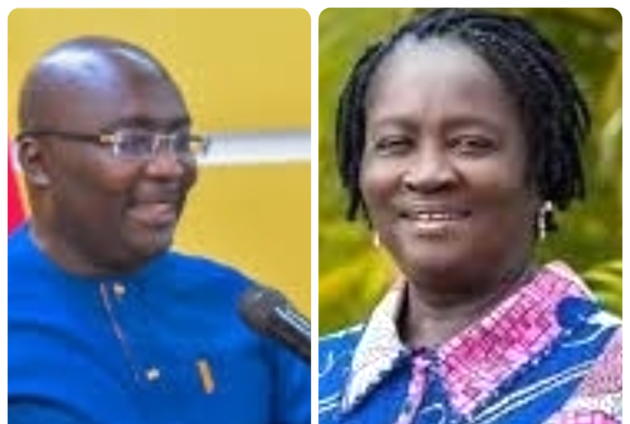 The Editor-in-chief of the New Crusading Guide newspaper has described the comparisons of the Vice President and John Mahama’s running mate, Prof Naana Jane Opoku-Agyemang as a mismatch.

He told host Samson Lardy Anyenini on Joy News’ Newsfile show on Saturday that their varying experience and capabilities cannot be measured at the same level, hence pitching them against each other may be out of place.

“Progressively, he developed some qualities and capabilities but Madam Jane Opoku-Agyemang is at the early stage. At this stage if you are comparing all the two, it is a mismatch,” he stated.

Mr Kweku Baako said due to Covid-19, she might not be able to experience a packed rally where her communication skills and body language would be tested.

However, he praised her political journey and described her as a smart and exciting choice for the National Democratic Congress (NDC).

He stated that her ministerial position will be scrutinized more than her track record in academia, as she is being assessed for her governance skills.

“I think in terms of academia, she is really solid and I don’t see much of emphasis there. Unless people go digging. But for what?” he queried.