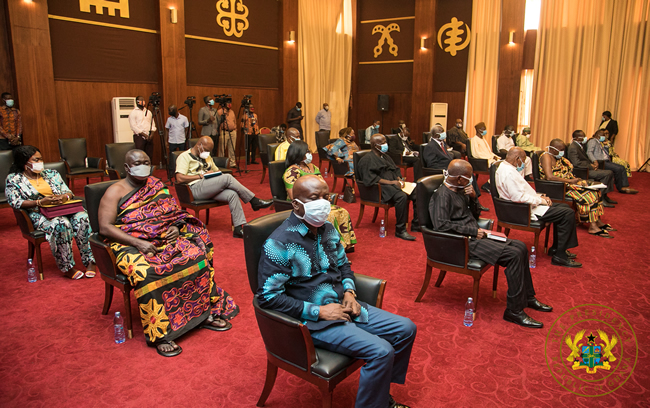 Former Chief Economist of the Bank of Ghana, Dr Assibi O. Abudu, has described the Council of State and some government ministries as mere decorations.

According to him, such institutions often do not perform the tasks they were set up for and thus do not significantly contribute to the country’s democratic experiment.

Dr Abudu, who earlier in his interview on JoyNews’ AM Show described Ghana’s 1992 Constitution as a coup d’état which makes a dictator of the head of state, stated that due to the President’s power in the appointment of all members of the Council of state, they normally act as a rubber stamp for subsequent appointments.

He added that, there is also not a clear understanding of what work the Council of state does.

“So the Council of State is just a piece of decoration, just like most of our ministries are also decorations because they’re just there.”

Speaking concerning the ministries, the Former Chief Economist of the Central Bank said most of these ministries could not render the services they are supposed to.

He said this is reflected in the citizenry’s unawareness of some of these ministries and the alleged roles they play in fostering development in the country.

“They say the ministry of this, you go, and they’re not doing what they’re supposed to be doing anyway. And why do I say that? Ask the people. I always go back to the people, ask them.

“They say there is a ministry which is supposed to do A, B, C, D for you; how do you feel? Are you getting the services? Just ask the people, not me.”

DISCLAIMER: The Views, Comments, Opinions, Contributions and Statements made by Readers and Contributors on this platform do not necessarily represent the views or policy of Multimedia Group Limited.
Tags:
1992 Constitution
Council of State
Dr. A.O. Abudu