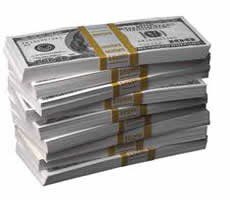 Participants of a Roundtable on Fiscal Responsibility held at Greenhill on the GIMPA campus on March 5, 2012, have called for credible national commitment to fiscal responsibility in the management of the Ghanaian economy.

Drawn from civil society organizations, think tanks, state institutions, and development agencies, the participants discussed the likelihood of election-related fiscal imbalances in Ghana and the potential development costs both during and after the elections.

The Roundtable considered the risk that fiscal slippages would escalate before the 2012 elections, given the tendency of governments to relax fiscal responsibility in the run-up to elections. Discussions also focussed on the importance of fiscal discipline to governance. It was determined that it was of utmost importance to insist upon a code of fiscal discipline and expenditure accountability that ultimately would lead to good governance.

Since the resumption of party politics in 1992, there has been an exceptionally large fiscal deficit each election year, followed by a painful fiscal adjustment. The history of macro instability was reflected by high inflation and real interest rates, and reduced private investment below projected levels. These practices have also affected the quality and sustainability of many public investment projects, started hastily before elections (without proper budgeting, and expedited procurement), only to be interrupted afterwards.

The rapid depreciation of the Ghana Cedi recorded in the early months of 2012 is an early warning that history may be repeated. Fiscal discipline and spending restraint are no doubt difficult to uphold against the temptation to take advantage of incumbency and spend to satisfy the expectations of potential swing voters.
The participants considered these issues of utmost importance for Ghana, and are calling for a strong national commitment to fiscal responsibility. Technical solutions to contain fiscal slippages are needed, but might not suffice to address a problem fundamentally rooted in political considerations.

For a commitment to fiscal responsibility to be effective it must also be politically credible.

Today, there is a window of opportunity to progress on this front. With the experience of several peaceful power transitions in the Fourth Republic, political parties are now more confident that they can return to power even if they lose elections, and might thus adopt longer term views. The private sector is also emerging as a key swing voter against parties willing to sacrifice the nation s investment climate in order to secure re-election. Finally, civil society organizations are increasingly demanding accountability, as reflected in civil society s advocacy for responsible petroleum revenue management and the need to measure the cost of macroeconomic instability on citizens welfare.

Aiming to explore ways to protect macroeconomic stability and ensure that political competition does not harm public expenditure, but actually improves it for the benefit of all at all times, the participants decided to establish the Greenhill Roundtable on Fiscal Responsibility. The institutional and operational arrangements supporting this objective will be communicated to the public, the Government and political parties in May 2012. In this endeavour, the Roundtable will seek to engage interested politicians, practitioners, academicians, experts, technicians, citizens and organizations willing to uphold the principles of fiscal responsibility.

For and on behalf of the GREENHILL ROUNDTABLE