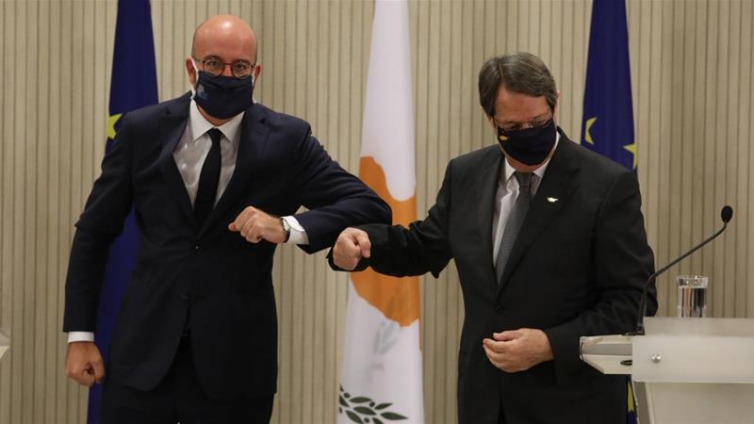 Cyprus has accused Turkey of extending “illegal drilling” in disputed Mediterranean waters but said it is ready to engage in dialogue with Ankara to resolve differences over exploration rights.

On Tuesday, Turkey extended the operations of its Yavuz energy drill ship in the disputed area off Cyprus until October 12, in a move that could stir tension between the island’s Greek Cypriot government and Ankara.

“Yesterday, unfortunately a Turkish NAVTEX to expand illegal drilling by the Yavuz vessel was extended when at the same time, a series of initiatives are ongoing that seek an end to Ankara’s unlawful actions and de-escalation,” President Nicos Anastasiades said on Wednesday, after a meeting with European Council President Charles Michel in Nicosia.

Yavuz will be accompanied by three other Turkish ships, according to a Turkish maritime notice that added “all vessels are strongly advised not to enter” the area, Turkish broadcaster TRT reported.

Anastasiades’s comments come a week ahead of a special summit of European Union leaders on September 24-25 to discuss how to resolve the crisis between Cyprus and Turkey.

Anastasiades said Turkey was continuing its provocations in the Eastern Mediterranean, adding Cyprus would enter dialogue – but not under threats.

Meanwhile, the European Commission’s president on Wednesday warned Turkey against trying to intimidate Greece and Cyprus.

In her annual State of the EU speech, Ursula von der Leyen said Ankara was a key partner doing important work hosting refugees but stressed “none of this is justification for attempts to intimidate its neighbours”.

Turkey, Greece and Cyprus have been locked in a dispute over energy resources and maritime borders in the region, with Ankara infuriating the EU countries by sending research ships with naval escorts to work in contested waters.

There have been fears of conflict erupting and Cyprus is pressing the rest of the EU to impose fresh sanctions on Ankara over the drilling, a move Turkey has decried as lacking legal basis.

“Turkey is and will always be an important neighbour, but while we are close together on the map, the distance between us appears to be growing,” Von der Leyen told the European Parliament.

“Yes, Turkey is in a troubled neighbourhood. And yes, it is hosting millions of refugees, for which we support them with considerable funding. But none of this is justification for attempts to intimidate its neighbours.”

Greece and Cyprus can count on Europe’s “full solidarity on protecting their legitimate sovereignty rights”, she added.

Greek Prime Minister Kyriakos Mitsotakis has called for European “solidarity” on the issue and a renewed migrant crisis.

“Exploratory talks actually cover all disputed issues between Turkey and Greece … The previous government [in Greece] … didn’t want to actually restart. And this government also has not been willing to restart the exploratory talks, so we have to make an agreement,” he said.