Debt Exchange: We won’t let go a pesewa of our pension funds – Mineworkers 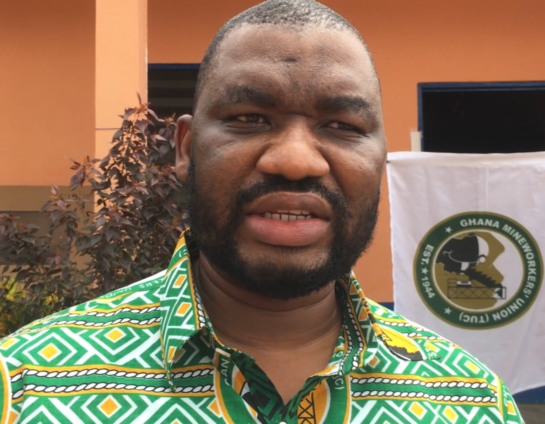 The Ghana Mineworkers’ Union (GMWU) has threatened to resist any attempt by the government to touch even a pesewa of its members’ pension funds as a result of the Debt Exchange Programme.

This, the union says is in solidarity with the Trades Union Congress kicking against the programme announced recently by the Finance Minister, Ken Ofori-Atta.

According to the General Secretary, Abdul Moomin-Gbana, the union is willing to go any length to ensure the full protection of workers’ hard-earned funds.

Speaking at the GMWU National Executive Council meeting and forum organised in Accra, December 8, 2022, Abdul Moomin-Gbana on awakening workers consciousness, he said the GMWU would not support the Debt Exchange Programme.

“The union stands in one voice with the TUC and all its affiliates to reiterate our position without any fear or equivocation that we will do everything in our power to ensure that our members are fully protected and not even a pesewa of pension funds is lost as a result of the debt restructuring programme”, he said.

He however accused the government of its ‘reckless’ borrowing, insisting, it is the resultant effect of the crisis the country finds itself in.

“When the government was borrowing left right and centre, I am pretty sure that they knew that the debt was reaching unsustainable levels. And so the hue and cry at this stage in our view as a union and by extension organised labour, we say, is neither here nor there”, he added.

On Monday December 5, 2022, the government announced the Debt Exchange Programme which is supposed to cut bond interest with zero percent coupon rate in 2023.

The move is said to be a requirement for an economic recovery programme from the International Monetary Fund (IMF).

DISCLAIMER: The Views, Comments, Opinions, Contributions and Statements made by Readers and Contributors on this platform do not necessarily represent the views or policy of Multimedia Group Limited.
Tags:
Abdul Moomin-Gbana
Debt Exchange Programme
GMWU