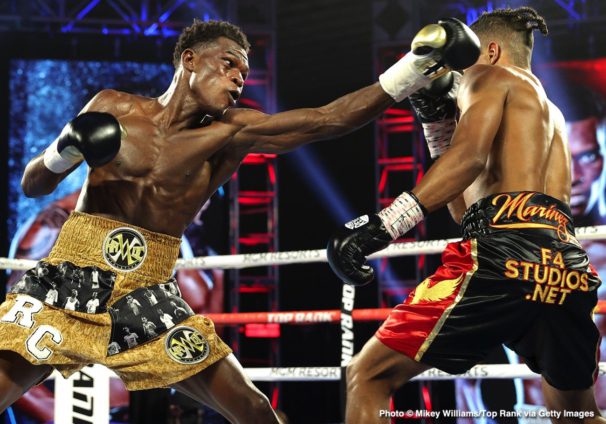 Richard Commey’s fight with Vasiliy Lomachenko has been confirmed for Saturday, December 11 at the Madison Square in New York.

The Ghanaian, who recently had a ban on him by the Ghana Boxing Authority lifted, will face Lomachenko at the Madison Square to mark the return of boxing to the venue after a two-year absence.

Speaking ahead of the fight, Top Rank chairman, Bob Arum says Lomachenko’s fight is a good fit for the venue after the inactivity.

“It is only fitting that the great Lomachenko headlines boxing’s highly anticipated return to Madison Square Garden,” he said.

However, Arum didn’t rule out the threat that Commey possesses to battle Lomachenko.

“However, Richard Commey can never be counted out, as he’s a tough fighter who carries huge power in both hands.”

The fight with the former three-division champion, will be Commey’s first fight since knocking out Jackson Marinez in the sixth round of their bout in February.