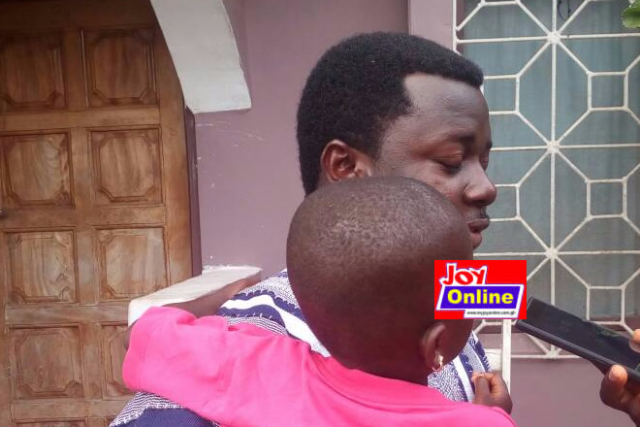 Information reaching Joy News indicates that family of the four-year-old girl who was defiled at Assin Adadientem in the Central Region, has been relocated from the village.

Member of Parliament for Assin South, Rev. John Ntim Fordjour who earlier paid a visit to the family told Joy News all debt and expenses have been taken care of, all in the bid to ensure a sound mind for the family.

“We have gone to settle every necessary bill that has to be settled with regard to the relocation and also any outstanding medical bills,” the MP said.

Rev Fordjour also disclosed that the family will get monthly stipends to allow it settle properly in the new place.

“Now that they have relocated them from their village, they will be unable to access their farms for foodstuff so we have come with some foodstuff donations for them, some bags of rice, oil and provisions to sustain them in the coming months,” he said.

He assured that the police are doing all they can to apprehend the suspect for the law to take its course.

Joy News’ Central Regional Correspondent Richard Kojo Nyarko also reports that the little girl will be transferred from the St Francis Xavier Hospital where she is being treated, to the Central Regional Hospital for better treatment.

He said the MP wants to ensure that the four-year-old’s physical, psychological and medical needs are well catered for.

Meanwhile, the family of the suspect has pleaded with the police to allow them conduct final funeral rites for the suspect’s late father which is taking place this weekend.

According to them, once the process is over they will personally hand the suspect over to them for interrogation and further investigations.