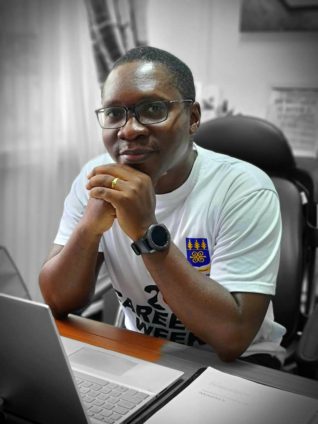 A counsellor at the Career and Counselling Unit of the University of Ghana, Rev. Father Anthony Amponsah has urged parents to create daily routines for their children in order to prevent them from wandering.

His advice follows a news report that two children were found lifeless in an abandoned car at Alajo after their parents had searched for them for a while.

Speaking on The Pulse on Monday, Reverend Amponsah disclosed that routines are key in training children, especially from age two, because they easily get distracted. He noted that, parents must create routines for their children so they know that at this point in time, this is what they are supposed to do instead of just running off to the streets.

“…develop a routine for your children, which parents don’t do especially in Accra and you find such children around…at the traffic lights. You find them there running to every car and begging, but if they know that when I come from school I’ll sit here, I’ll eat my food, I’ll go and sleep when it’s 8 o’clock,…children are able to pick routines, that will prevent such occurrences.”

He added that, for most of these children, you may think they don’t have parents, but they do. However, as a result of a lack of daily routines, all they do is to wander.

Adding to tips parents can use to keep their children safe, Reverend Amponsah said, creation of routines, coupled with advice on who to accept food from and who to trust, can help prevent sad events like what just happened in Alajo.

He stated that, children trust their parents and so when parents talk to them on not collecting food from strangers and not trusting strangers, they would listen and trust only their parents and people their parents introduce them to, then we can avoid occurrences like the gruesome situation witnessed in Alajo.

The two children, aged 3 and 4, were found dead in a broken down vehicle in Alajo on Friday. The police have begun investigations while cautioning parents to keep an eye on their children and report suspicious individuals in their communities to the nearest police station.

DISCLAIMER: The Views, Comments, Opinions, Contributions and Statements made by Readers and Contributors on this platform do not necessarily represent the views or policy of Multimedia Group Limited.
Tags:
alajo death
Children
counsellor