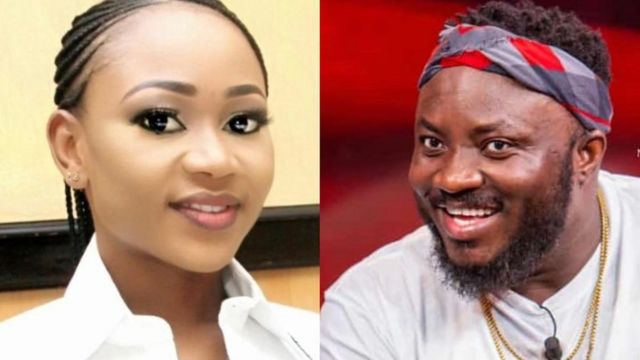 Comedian Derrick Kobina Bonney, popularly known as DKB, has dropped all legal actions he initiated against embattled actress Akuapem Poloo for accusing him of hoarding a GH¢4,000.00 donation.

Akuapem Poloo born Rosemond Brown after being granted bail thanked Ghanaians for the support she received but also indicated that some said amount in the custody of Derrick Kobina Bonney had not been given to her family.

Her statement in a video was not welcomed by the comedian who later revealed that he was charging the actress of defamation.

But taking to social media on Friday. the comedian revealed that the intervention of some personalities including  United Kingdom-based gospel musician Dr. Sonnie Badu and the mother of the Ghanaian actress led to his decision to retract the lawsuit.

“What touched my heart was that Rosemond’s mum called one of the people for almost one hour on the phone; wailing and crying saying she can’t even eat, that she begs, she doesn’t want any police case, any court case for her daughter again.

“So these people pleaded with me and officially I have dropped the case against her. The defamatory lawsuit has been dropped out of the respect I have for these people,” he said in a video circulating on social media.

Meanwhile, reports say DKB has unfollowed the actress on all social media platforms and has also blocked her on WhatsApp.

DISCLAIMER: The Views, Comments, Opinions, Contributions and Statements made by Readers and Contributors on this platform do not necessarily represent the views or policy of Multimedia Group Limited.
Tags:
Akuapem Poloo
DKB