Don’t let your decision come across as if MPs are above the law – Ambrose Dery to Parliament - MyJoyOnline.com 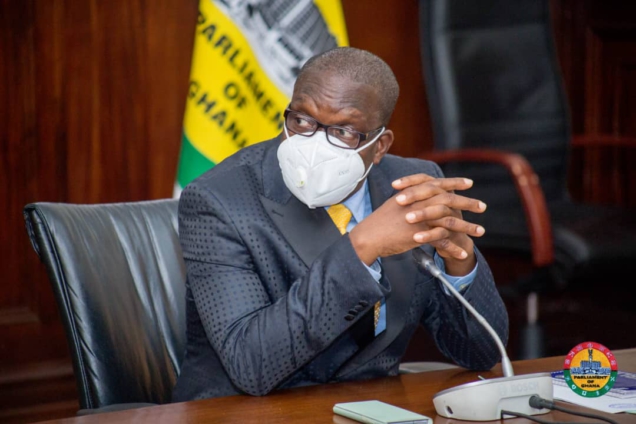 The police have been on the heels of Francis-Xavier Sosu for his involvement in a violent demonstration over bad roads in his constituency last week.

The police’s attempt to invite the lawmaker to assist in investigations has proven unsuccessful after the Speaker of Parliament, Alban Bagbin, refused to release him.

The Interior Minister is unhappy with the situation, indicating that no one is above the law irrespective of their position in the country.

“I do not understand [Parliament’s] decision. However, through its decisions and actions, Parliament should not make those decisions capable of an interpretation to either make MPs come across as above the law or make us condone the breach,” he told JoyNews.

Meanwhile, the Ghana Police Service has disclosed its intention to petition the Supreme Court to seek interpretation of some constitutional provisions used by Parliament to shield MPs from being arrested or interrogated.

The Acting Director-General of the Service’s Public Affairs Directorate, ACP Kwesi Fori, explained that the move is necessary to guide the police on future arrest of legislators.

“The police could have used all necessary force to apprehend him [Mr Sosu] since he was at the demonstration, but they did not. So as an honourable MP involved in the formulation of laws, he should submit to police authority by coming to write a statement.

“Refusal to appear before the police is not a good thing. The police can go on to further look for interpretation at the Apex Court of the country,” he stated.