Dubai ruler’s wife in UK ‘in fear of her life’

Princess Haya Bint al-Hussein, a wife of the ruler of Dubai, Sheikh Mohammed Al Maktoum, is in hiding in London and said to be in fear for her life after fleeing her husband.

Sheikh Mohammed, 69, who is a billionaire racehorse owner and has often been seen conversing with the Queen at Ascot, has posted a furious poem on Instagram accusing an unidentified woman of “treachery and betrayal”.

Princess Haya fled initially this year to Germany to seek asylum. She is now said to be living in a £85m ($107m) town house in Kensington Palace Gardens, in central London, and preparing for a legal battle in the High Court.

So what prompted her to flee her luxurious life in Dubai and why is she said to be “afraid for her life”?

Sources close to her have said that Princess Haya had recently discovered disturbing facts behind the mysterious return to Dubai last year of Sheikha Latifa, one of the ruler’s daughters. She fled the UAE by sea with the help of a Frenchman but was intercepted by armed men off the coast of India and returned to Dubai. 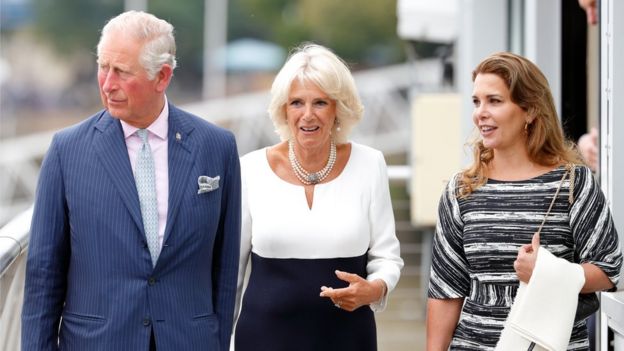 Princess Haya then, along with the former Irish president Mary Robinson, defended Dubai’s reputation over the incident.

The Dubai authorities said the runaway Sheikha Latifa had been “vulnerable to exploitation” and was “now safe in Dubai”. But human rights advocates said she was forcibly abducted against her will.

Since then, it is alleged, Princess Haya has learnt new facts about the case and consequently came under increasing hostility and pressure from members of her husband’s extended family until she no longer felt safe there.

A source close to her said she fears she may now be abducted herself and “rendered” back to Dubai. The UAE embassy in London has declined to comment on what it says is a personal matter between two individuals.

There is, however, a wider, international element to this story.

Princess Haya, who was educated at Bryanston School in Dorset then Oxford University, is thought likely to want to stay in the UK.

If her estranged husband demands her return then this poses a diplomatic headache for Britain, which has close ties to the UAE.

The case is also awkward for Jordan since Princess Haya is the half-sister of Jordan’s King Abdullah. Nearly a quarter of a million Jordanians work in the UAE, sending back remittances, and Jordan cannot afford a rift with Dubai.