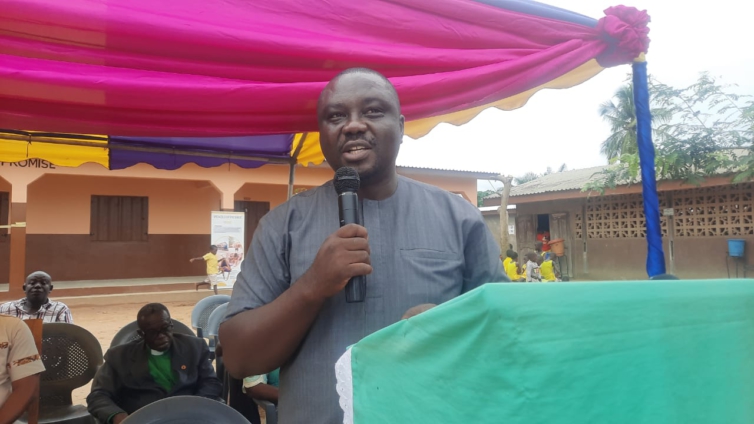 The Country Director of Pencils of Promise, Freeman Gobbah, has called on government to pay critical attention to early childhood education in the country.

According to him, the neglect that has characterized early childhood education in the country has led to inadequate nursery and kindergarten infrastructure development across the country.

Mr Gobbah, who was speaking at the inauguration of yet another project by the Pencils of Promise, a 6 unit classroom block in Battor Vome, noted that most of the infrastructures for the early childhood education are in very bad shape making it difficult for effective teaching and learning.

Mr Gobbah also noted that due to inadequate classroom blocks in some of the schools, classroom congestion has become commonplace and teachers are few teachers are left to handle large numbers of pupils at their formative stages.

He further bemoaned the lack of proper supervision by the circuit supervisors who mostly complain of transportation allowances especially if they have to visit remote areas.

He also noted that teachers of the early childhood education have since been moving to teach at the basic school levels abandoning the nursery and kindergarten pupils who need them most.

This he says has affected the quality of education at public schools.

Mr Gobbah has however appealed to the government and all stakeholders to pay adequate attention to the early childhood education so that the educational needs of the children can be improved.

He noted that Pencils of Promise, aside from building classrooms for schools, also trained teachers on how to handle students, work also on menstrual hygiene and its sanitation issues in general as well as donate books to schools.

Freeman Gobbah noted that many more classroom blocks are being built in the organization’s operational areas as it marks its ten year anniversary.

He urged parents to invest more in the educational needs of their children and teachers as well as the pupils to take adequate care of the classroom blocks to prolong its lifespan.

The Headmaster of the school, Mr Tse Medegli enumerated the various challenges faced by the school and pleaded for urgent attention in making sure that issues like infrastructure, books and desks and many other challenges are addressed as soon as possible .

100% of all schools with PoP-supported build projects remain open and operational to this day and over 600 schools have been built in its operational countries with over 100 school projects built in Ghana within the ten years of the existence of Pencils of Promise.