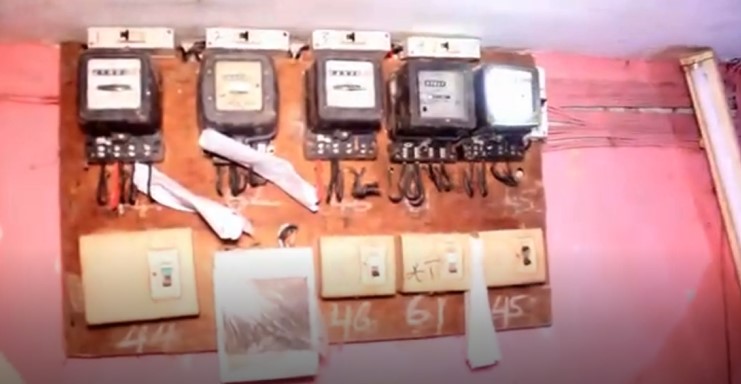 Seven individuals have been arrested in the Bekwai municipality of the Ashanti Region for allegedly stealing power from the Electricity Company of Ghana through illegal connection.

The arrests follow the institution of the ECG Regional Taskforce to track down people engaged in illegal power connections.

The seven suspects in the illegal power connection include 4 females and 3 males.

Leader of the ECG Regional Taskforce, Ing. Kwabena Acheampong, says the illegal connection has caused the ECG a lot of revenue loss, hence the constitution of the taskforce to tackle the menace.

“We are moving from house to house checking illegality. People we have disconnected due to non-payment of electricity and have self-reconnected, people who have done illegal connections and are using our electricity for free.

“We are creating awareness that when you use electricity, it is your civic responsibility that you pay for what you use,” he stated.

The taskforce operates with the Police to facilitate the prosecution of suspects.

One of the suspects, who is an assembly member, was arrested for self-reconnection.

He was disconnected for owing electricity bills but says he reconnected with the intent of paying his debt the following day.

“I owe bills but I have not paid in full so I did self-reconnection to pay later but it was not my intention to reconnect.”

Another suspect says he reconnected thinking his cable disconnected by default.

“Every time they disconnect, the meter is sealed. But this time, they left it opened so I reconnected. It was not deliberate,” he told Adom News.

DISCLAIMER: The Views, Comments, Opinions, Contributions and Statements made by Readers and Contributors on this platform do not necessarily represent the views or policy of Multimedia Group Limited.
Tags:
Bekwai
ECG
Illegal connection