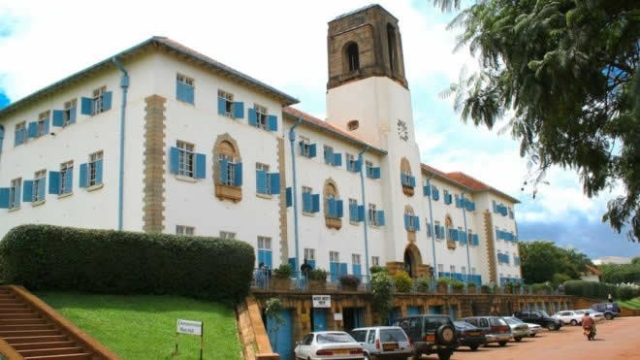 Economic Fighters League a pan-Africanist movement has condemend brutalities being meted out to students of the Makerere University in Uganda.

According to them, the act is unacceptable and should be stopped.

The pan-African movement, in a press statement criticising the act, said it “solidarise with the struggle of the students against oppression”.

Students of the university are being brutalized over protests against hikes in fees, which have caused many of them to withdraw from the university.

The protests began on October 22, with students from the university coming together to conduct a non-violent protest against the policy.

The police subsequently conducted a number of raids on the Makerere campus, beating students up, firing tear gas into people’s rooms and even firing live bullets.

They also arrested a number of the protesting students.

One of the leaders of the protests, Siperia Mollie Saasiraaboo was subsequently abducted and beaten by ‘unknown people’ before being released.

The Student Guild President of the University Julius Kateregga equally suffered attacks as he was also kidnapped and later released.

The league, however, condemned the act, stating that students have the right to fight against unacceptable policies in the country.

The league also accused the Museveni regime for allegedly causing the violence; stating that the government should end “violent intimidation campaigns across the country now”.

They also shared sentiments on the recent brutalities against the Ghana Law Students who protested against and demanded reforms in Ghana’s legal education system.

“It is our duty to make clear our support for the African student struggle”, the movement said.

According to them, Africa with its resources is capable of making education free at all levels but for misleadership that exists in the continent, the dream has not been able to materialize.

They added that the future of Africa belonged to the youth and nothing is going to stop the youth from fighting to achieve the Africa it wants.