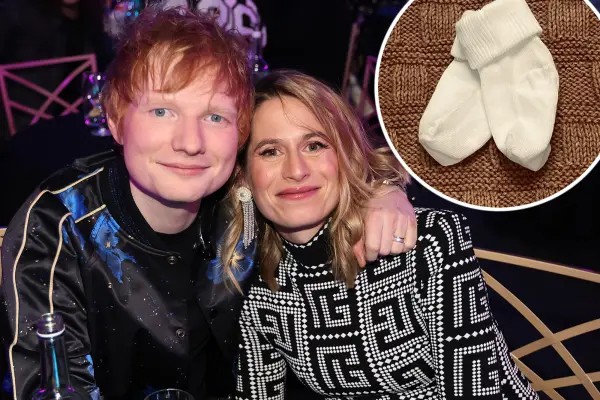 Ed Sheeran is a #GirlDad twice over.

The “Bad Habits” singer, 31, announced on Instagram Thursday that he and his wife, Cherry Seaborn, secretly welcomed another baby girl.

The couple are already parents to 1-year-old daughter Lyra Antarctica.

Sheeran shared a photo of a pair of adorable white booties on a brown blanket and captioned it nonchalantly, “Want to let you all know we’ve had another beautiful baby girl.”

It is unclear when Sheeran and Seaborn’s second child was born.

Lyra Antarctica was born in September 2020, and Sheeran captioned a photo of navy and gray baby socks to make that announcement.

He captioned the pic at the time, “Ello! A quick message from me as I have some personal news that I wanted to share with you… Last week, with the help of an amazing delivery team, Cherry gave birth to our beautiful and healthy daughter – Lyra Antarctica Seaborn Sheeran.”

The “Thinking Out Loud” singer added, “We are completely in love with her. Both mum and baby are doing amazing and we are on cloud nine over here.”

The romantic crooner has reportedly written a lot of songs about his now-wife, including hits like “Perfect” and “Shape of You.”

In December 2019, Seaborn even starred in his music video for “Put It All On Me.”