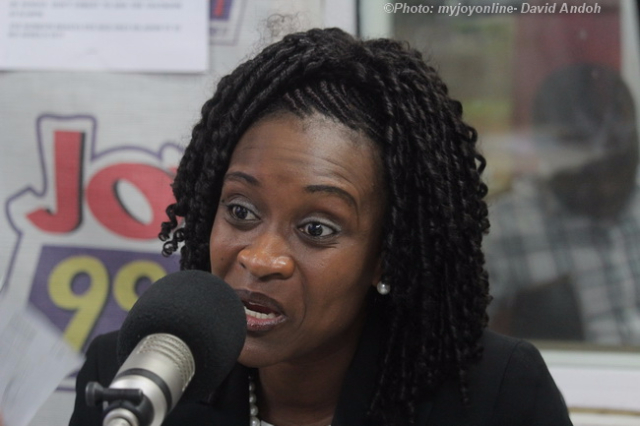 The government says it feels vindicated by a recent report by the Economist Intelligence Unit (EIU) on the management of the economy.

According to Deputy Minister Abena Osei Asare, the report shows that their policies and programs are better positioned to stabilize the economy in the medium term.

The deputy minister added that “We inherited an economy from the previous administration that missed out on a lot of IMF targets; however we managed to stabilize things and institute several policies that to put the economy on track.”

The EIU’s September country report on Ghana noted that the NPP government could win the next elections because it is seen as the “safe pair of hands” to manage the economy.

“The EIU believes that it will be difficult for the NDC under Mr Mahama to portray itself as the better custodian of Ghana’s economy, especially as the country’s growth outlook is fairly strong. We, therefore, expect Mr Akufo-Addo and the NPP to secure re-election in 2020,” The report added.

The report also highlighted that GDP from 2019 to 2023, with a growth average of 5.9 per cent. This would be supported by rising oil and gas production.

Despite giving government thumbs on being the safe pair of hands to manage the economy, EIU however raised issues with governments expenditure, projecting that there could be some overruns.

The Unit in the report, for instance, noted that “We expect the fiscal deficit to widen from 3.4% of GDP in 2018 to 5.5% of GDP in 2020 as a result of rising pre-election expenditure,” but in a response,  Abena Osei Asare noted that some policy measures that have been introduced by government would ensure that there is fiscal discipline going into next year’s general elections.

She, for instance, cited the Fiscal Responsibility Act, which requires the government to ensure that the budget deficit does not go beyond 5 per cent in a financial year as one of these policies that would promote fiscal discipline. She, therefore, assured that there is no need for anyone to be worried because it’s under control.

DISCLAIMER: The Views, Comments, Opinions, Contributions and Statements made by Readers and Contributors on this platform do not necessarily represent the views or policy of Multimedia Group Limited.
Tags:
Economist Intelligence Unit
economy of Ghana
European Union