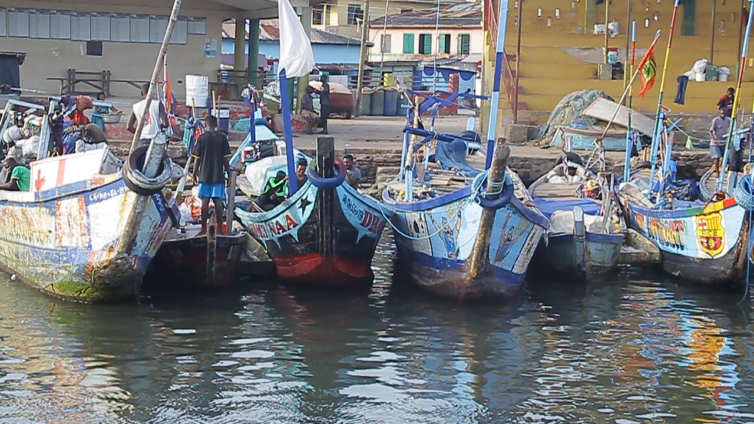 The Ministry of Fisheries and Aquaculture Development has issued a directive to industrial trawlers to ensure that they use only appropriate fishing gear.  The move by the ministry has been lauded by the Environmental Justice Foundation (EJF).

They say the directive, if incorporated into the Fisheries Act and Regulations, will mean that trawlers using nets that catch disproportionate amounts of juvenile and ‘small pelagic’ fish will be sanctioned.

According to them, it is vital to enforce these requirements rigorously and apply punitive sanctions if they are broken and since the small pelagic fishery is the mainstay of small-scale fishers, with around 2.7 million Ghanaians depending on it for their income and food security.

The Ministry’s announcement was informed by a 2019 report on fishing gear, which revealed that a commonly-used trawler net, with a vertical opening of nearly 40m, catches large quantities of pelagic and semi-pelagic fish.

The targeting  of these species is in direct contravention of the licence conditions set for industrial trawlers, and has played a part in the rapid decline in these fish populations, threatening food security and livelihoods of coastal communities.

According to the report, “every haul brought in a wide range of fish species, but the majority caught during the audit were pelagic and semi-pelagic fish”.

While there is an allowance for bycatch (thought to be 10-15%) the trawlers are not licensed to target these fish.

According to EJF, this raises urgent questions about why such large amounts of non-target species are being landed at port, and what checks, if any, are being conducted to ensure the allowed proportion of bycatch is being adhered to.

To them, it also casts doubt on how effective the current observer system is, given that this occurs in the context of widespread suspected illegal fishing.

Alongside this, the report also noted a lack of knowledge in key institutions, citing the fact that few staff at the Fisheries Commission were able to tell the difference between various types of nets. It also revealed that many key vessel documents were not in English, creating a critical barrier to the enforcement of the 2002 Fisheries Act, since officers of the Fisheries Commission and the Fisheries Enforcement Unit will be unable to determine whether information is “true, complete and correct”.

CEO and founder of the Environmental Justice Foundation, Steve Trent,  said: “We support these reforms by the Ministry, and encourage their rigorous implementation, along with deterrent sanctions for those breaking the law, with crimes and the punishments made public. Further reforms are also needed to tackle the deeply entrenched and systemic issues among the Ghanaian trawl fleet that continue to undermine efforts to improve the sustainability of Ghana’s waters.”

He said,  first, Ghana must urgently increase transparency in the sector – publishing details of the beneficial ownership of trawlers, fishing licence details and any history of illegality. This, he states, will mean that all stakeholders can see who is playing by the rules and support them, while weeding out those who continue to commit crimes and abuse the system.

“Capacity building across the Fisheries Commission, the Ports and Harbour Authority and the Monitoring, Control and Surveillance Division is also needed to ensure  effective inspections of fishing gear and catch, and deterrent sanctions against those who break the rules.”

DISCLAIMER: The Views, Comments, Opinions, Contributions and Statements made by Readers and Contributors on this platform do not necessarily represent the views or policy of Multimedia Group Limited.
Tags:
Environmental Justice Foundation (EJF)
Fisheries Ministry