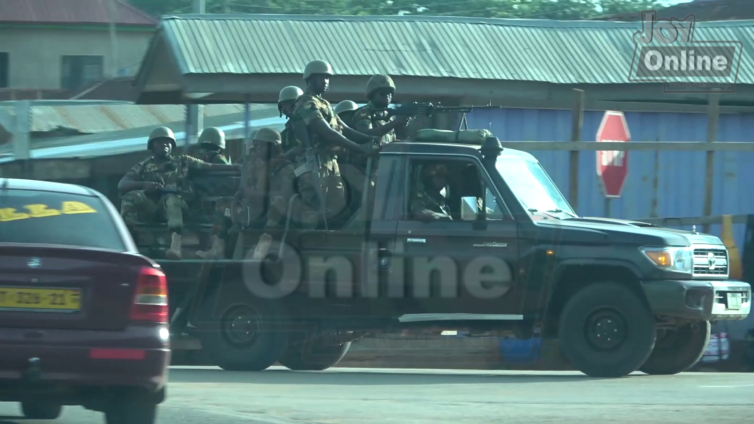 Families of the victims of the Ejura shooting have appealed to the leadership of Parliament for funds to be made available in the 2022 budget to address the unfortunate ramifications of the incident.

They want the leadership through the Defence and Interior committee to direct the Finance Minister to make provisions for allocation of funds to compensate affected families.

In a letter dated December 12, addressed to the Speaker of Parliament and copied to the Interior Minister and the Defence and Interior committee in Parliament, the families also demanded that appropriate funds be made available to address the recommendations of the committee that was set up to probe the incident.

“We the victims and the families of the victims of the unfortunate incidents that occurred in Ejura on 29 June 2021, bring this letter appealing that Parliament, through the Defence and Interior Committee request that appropriate budgetary allocations be made to address the ramifications of the incidents that occurred in Ejura, as well as the recommendations of the Presidential Committee set up to investigate the incident,” part of the letter read.

The appeal from the families of the victims is coming at a time when the House is considering the Budget statement and the proposed allocations to the various ministries and agencies.

According to the families, it is their hope that as the House deliberate over the budgetary appropriations, it will consider making provision for appropriate allocations in the Budget to address the ramifications of the incident.

The Interior Minister, Ambrose Dery on July 1, 2021 following a directive by President Akufo-Addo constituted a three-member committee to investigate the events that led to the Ejura disturbances.

The committee after three months of investigating the disturbances submitted its recommendations to the president for further actions to be taken.