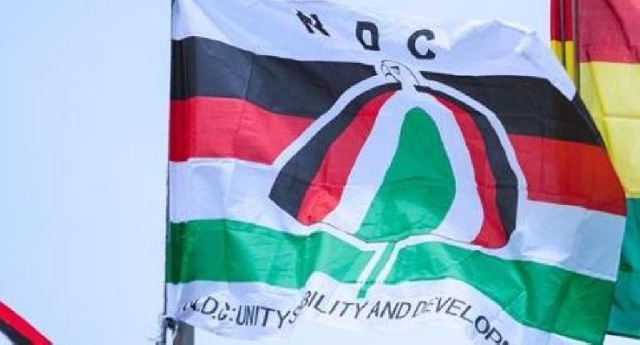 The National Democratic Congress (NDC) has called off the election of Youth and Women’s Organizer executives in the Ashanti Region.

The election scheduled to take place at the Republic Hall, KNUST, was opposed by a group of aspirants who claim the delegates’ list had been manipulated.

The group led by Emmanuel Atanga, an aspirant vying for Deputy Youth Organiser, described the 47 delegates’ list as fradulent and undeserving to serve its purpose.

The aggrieved group petitioned the National Executives of the party, which led to the set up of a three-member committee to authenticate the issues.

The committee after nvestigation came out with a delegates’ album of 34.

The group however says this did not meet expectation, claiming some institutions were not qualified to exercise their franchise.

Leadership of the Party, as at 6pm on Friday held a crunch meeting including other stakeholders but entrench positions defeated their agenda.

The chairman of the election committee, Nuru Hamidan, said they are meeting all the aspirants at the regional party office on Saturday to resolve outstanding issues.

According to him, the meeting will determine if they will cast their ballot on Sunday or the election will be further postponed.

Delegates from far and near expressed disappointment over the development as they left the election ground without voting.

“This is not the NDC I know,”,one of the aggrieved delegates said.

“We are sending a message to the rank and file of the party that it doesn’t look so well in the Ashanti Region and with this I fear we will lose in 2024,” another said.

Some top party officials and individuals were seen engaging all aggrieved parties to resolve the issue.

DISCLAIMER: The Views, Comments, Opinions, Contributions and Statements made by Readers and Contributors on this platform do not necessarily represent the views or policy of Multimedia Group Limited.
Tags:
court
National Democratic Congress (NDC)
Women
Youth