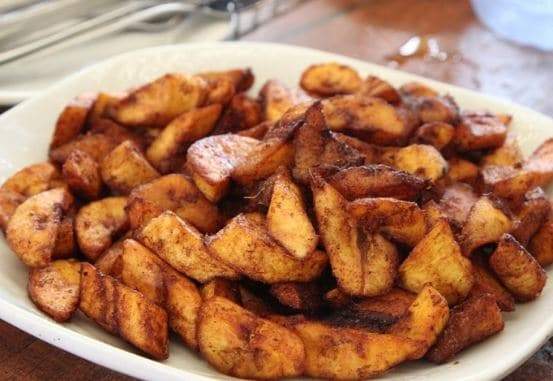 The Americans, I believe, have a name for what they all agree is good for America; they call it motherhood and apple pie.

The idea is that there are certain things that are basic and common to everybody who is American, and so you can argue and disagree over everything except those things.

I imagine that chieftaincy, respect for the elderly and giving a ‘befitting’ funeral to a dearly departed will all fall under the category of things that Ghanaians consider important and need to be done without question.

Getting an education and going to church will be considered by many as critical and part of what we expect to do without question. They will fall under our motherhood and kelewele items and will be expected to come naturally to Ghanaians.

People consider giving a ‘befitting’ funeral to a parent, for example, so important that it is the one time in our tradition that you are allowed to borrow and be indebted.

Nobody will expect you to question the need to organise a big funeral for your mother. That is what we do.

In much the same way, it is acceptable to ask for money from someone if you are able to give the person particular reasons:  to buy food for the family, to buy medication, to pay for hospital bills and to pay for school fees.

Once the National Health Insurance Scheme was introduced, people hesitated about citing health and hospital visits as the reason for asking for money.

After some initial resistance, it appeared that the Free Senior High School (Free SHS) concept had entered and been accepted into our cultural makeup.

When an argument erupted during the 2020 election campaign about who should take the credit for having introduced the Free SHS into our educational system, I decided that it had become part of the Ghanaian culture.

By my reckoning, Free SHS has become something we do as part of growing up rites. You are born as a child in Ghana, and once you are taken to kindergarten, you stay in school and go through primary, Junior High School (JHS) and Free SHS/Technical and Vocational Education and Training (TVET). And it is only after this stage that there might be questions about if you are going to stay on and access tertiary education or find a job.

I take it that Free SHS has attained motherhood and kelewele status.

Will this mean that the operations of the Free SHS cannot and should not be examined, questioned and criticised if need be?

Does it mean that all the women who have children and do not care for them or abuse them should not and cannot be criticised?, I hear you ask.

Does it mean that if the kelewele mix doesn’t come up to the expected standard or the oil used for frying is stale, the kelewele cannot be criticised?

Criticising a mother who abuses her child does not constitute an attack on motherhood, but when you line up the worst specimen of mothers, one has to conclude that motherhood is in the crosshairs.

Between September 1983 and June 1986, I edited and produced with my friends, Ben Mensah and the late Kofi Akumanyi, a weekly news magazine in London that we called Talking Drums.

It was an angry magazine that dealt with events in West Africa and Ghana in particular.

There might be a suitable time to talk about that magazine and the incessant drama that came with its production. Today, I recall only a quotation that we placed on the contents page, and for the purposes of this article, I shall quote only a part. This is what it said:

“We need critics too, for dissenting is a serious, worthy and honest pursuit.”

It might well be that there are some who do not believe in the Free SHS for reasons that we do not need to go into now.

There is nothing wrong with stating so and bringing the reasons why they don’t think Free SHS is good for Ghana.

As my quote says, dissenting is, or must be, a serious, worthy and honest pursuit. But don’t blame everything on Free SHS.

A number of people have sent me a video shot by an outraged young lady who was complaining that a health worker had spoken Twi to her mother at Sogakope Hospital.

From what I could gather in the video, the young lady said her mother had gone to the hospital as a patient, she did not speak Twi or English and the health worker had spoken Twi to her mother.

There were a number of points to her anger, but that which outraged her the most was that someone should speak Twi to her mother at Sogakope Hospital!

As she repeated over and over again, Twi was not a national language and she expected that there would be some places in this country where a person could expect to be safe from being spoken to in Twi.

The young lady was asked by the health worker who had committed the grievous offence of speaking Twi in Sogakope, if she expected only Ewe-speaking health workers to be posted there. She didn’t, she said, but she would expect a non-Ewe speaking person posted there to have a translator.

What happens to a non-Twi-speaking Ewe who lives in Sunyani and goes to the hospital there?, I wonder.

Would she just have to put up with being spoken to in Twi? What happens to the Ewe-speaking health workers who are posted to Walewale?

Once upon a time, you wouldn’t dare speak any language other than Ga in the Makola market, the women traders would skin you alive. Today, Twi is the main language spoken in the markets in Accra.

Something tells me the time will come when nobody will be outraged to hear Twi being spoken in the Ho market or Sogakope Hospital.

The last time I was in Dambai, I heard a lot of Ewe being spoken, not just in the market but in the health facility as well. No one was outraged.