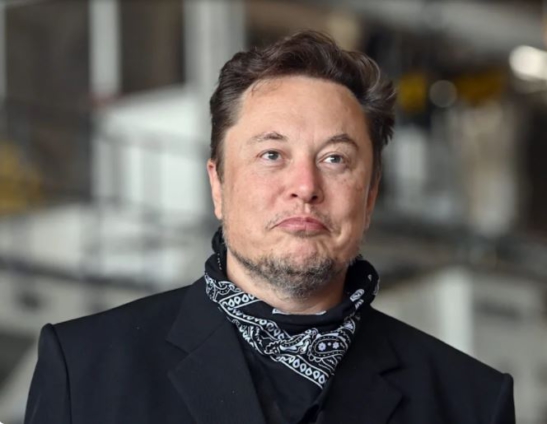 Elon Musk has said his $44bn (£35bn) deal to buy Twitter is on hold after he queried the number of fake or spam accounts on the social media platform.

He said he was waiting for information “supporting [the] calculation that spam/fake accounts do indeed represent less than 5% of users”.

Mr Musk added later that he was “still committed to [the] acquisition”.

However, analysts speculated he could be seeking to renegotiate the price or even walk away from the takeover.

Even before his comments, the company’s stock had been selling for less than the $54.20 per share Mr Musk has offered, signifying that the markets were not convinced he would complete the buyout.

“Many will view this as Musk using this Twitter filing/spam accounts as a way to get out of this deal in a vastly changing market,” he wrote in a note.

“The nature of Musk creating so much uncertainty in a tweet (and not a filing) is very troubling to us… and now sends this whole deal into a circus show with many questions and no concrete answers as to the path of this deal; going forward.”

Mr Musk has been vocal about “defeating the spam bots”, identifying it as a key goal following his planned takeover of the company.

In a filing more than two weeks ago, Twitter estimated that fake accounts accounted for fewer than 5% of its daily active users during the first three months of this year. However, it cautioned that the figures were based on estimates and could be higher.

Those claims were not different from what the firm had shared in previous disclosures.

The number of spambots on the service is a key statistic, as a higher than expected figure could hurt the ability to grow advertising revenue or paid-for subscriptions, said Susannah Streeter, an analyst at Hargreaves Lansdown.

But she said it was not clear how genuine Mr Musk’s concerns were.

“There will also be questions raised over whether fake accounts are the real reason behind this delaying tactic, given that promoting free speech rather than focusing on wealth creation appeared to be his primary motivation for the takeover,” she said.

“The $44bn price tag is huge, and it may be a strategy to row back on the amount he is prepared to pay to acquire the platform.”

Weeks of market turmoil in the US have wiped billions off the value of many companies – including once favoured tech firms.

Tesla, the electric car company where Mr Musk serves as chief executive, has also seen its shares plunge – a hit to Mr Musk, whose status as the world’s richest person is bound up in his stake in the company and who had planned to rely on his shares to help finance the Twitter purchase.

Last month, he raised $8.5bn by selling shares. He also planned to use the shares to secure $6.5bn in loans.

After Mr Musk tweeted that the deal was temporarily on hold, Tesla’s share price gained more than 5%.

Kayvon Beykpour, who led Twitter’s consumer division, and Bruce Falck, who oversaw revenue, both tweeted on Thursday that the departures were not their decisions.

From this week, the firm also said it had paused most hiring, except for “business-critical roles”.

DISCLAIMER: The Views, Comments, Opinions, Contributions and Statements made by Readers and Contributors on this platform do not necessarily represent the views or policy of Multimedia Group Limited.
Tags:
Elon Musk
Fake account details
Twitter deal