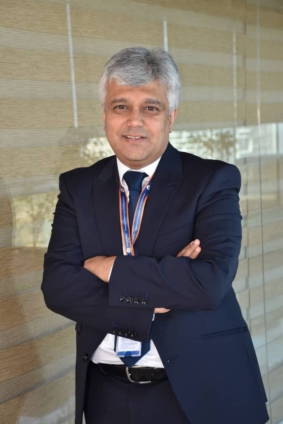 Despite rising inflation and increasing cost of living, Ghana is experiencing a rebound in the tourism sector. Inbound tourist numbers have increased significantly and are expected to hit pre-COVID-19 levels by the year’s close.

Citizens, fatigued by their inability to freely travel and meet in large numbers, have begun travelling domestically in their numbers. Musical concerts and festivals during the Easter period were heavily patronised. The domestic tourism market in Ghana is fast recovering if gauged by the patronage during the Easter holiday period.

With a collective intent to regain pre-pandemic momentum in global mobility, governments remain wary of overcrowding at airports and security threats. Vyas refers to earlier this year when cross-border traffic was tapered. The chief solution officer at UK’s Heathrow airport told the UK Parliament Transport Select Committee that queuing times at the airport had increased to up to six hours, as border officials were obliged to check passengers’ documents – including the passenger locator form and the proof of negative Covid-19 test – manually.

“While biometric identity management systems have helped improve this situation to some extent by enabling officials at border gates to verify the identity of passengers at a faster rate, this sector demands frequent innovations,” says Vyas.

A few months back, global specialist firms deployed systems featuring their face biometric technology for passenger checks at thirty gates across Spanish airports, such as Madrid, Bilbao, Valencia and Fuerteventura, as a part of an annual project to roll out 120 smart gates by year-end.

Likewise, in October 2020, UAE carrier Emirates launched an integrated biometric pathway at Dubai International Airport for travellers to pass through the airport without showing any documents. The technology – which uses facial and iris recognition, allows passengers to check-in, complete immigration forms and board in a contactless way, reducing queueing times and supporting health and security measures. As part of the biometric pathway, Dubai’s General Directorate of Residency and Foreign Affairs, in collaboration with Emirates Airline, developed a Smart Tunnel technology, enabling passengers to be automatically cleared by immigration authorities while walking through it.
Face Express, a similar innovation piloted at the Japanese airports of Narita and Tokyo Haneda, enabled a boarding procedure for international flights through facial recognition technology without document review.

Emerging technologies
Artificial intelligence, machine learning, and data analytics will fundamentally change border management, enabling Smart Borders a few years from now. However, the adoption of these technologies is relatively limited currently, says Vyas. “These emerging technologies would enhance border officials’ judgment through AI-enabled intelligence in analysing biometric markers such as facial recognition. Next in line, data analytics can help detect suspicious profiles by analysing various data points that passenger submits, right from booking an air ticket to applying for a visa and subsequent transit interface.”

Risks & mitigating measures
Adopting advanced technologies for border control management has its share of risks, such as manipulating machine learning systems to make false predictions with a fatal impact on outcomes at the border entry/exit decision points. Similarly, the integrity of data sets can be corrupted through targeted attacks leading to false predictions, Vyas says.
“Given such risks, protecting data sets, including the training data, becomes critical.  Core security principles of encryption, access control and authentication, logging and monitoring become important and should be included right from the design and development stage of the systems.” Vyas further says that vulnerability management is another key area that should be actively managed, especially since many open-source libraries are used in systems development. “Overall, securing just the algorithms and data sets is not enough, rather, an end-to-end approach in applying security by design should be adopted and managed on an ongoing basis.”

Border control authorities can also block travellers with suspicious profiles through AI and machine learning algorithms, forcing them to go through manned border gates and narrowing the country’s chances of illegal entry.

“With the world on the move again, wider acceptance of digital and intuitive technologies will be critical to regaining pre-pandemic momentum, albeit with adequate risk-proofing,” concludes Vyas.

VFS Global is the world’s largest outsourcing and technology services specialist for governments and diplomatic missions. VFS Global is the trusted partner of 64 client governments, operating a global network with more than 3,500 Application Centres in 141 countries.