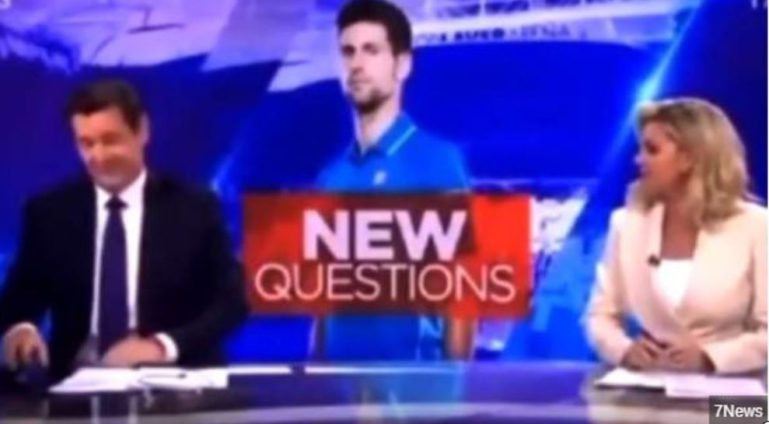 It’s getting very late in Melbourne and we aren’t expecting any major developments until Djokovic is detained on Saturday morning.

But if you remember the expletive-laden video of two Australian newsreaders privately talking about the Djokovic saga which was leaked earlier this week, we have an update on that.

The staffer who allegedly leaked the clip has been fired, according to their former employer.

The video, which went viral, shows Channel 7 journalists Mike Amor and Rebecca Maddern talking candidly about the tennis star as they prepare to read the evening news.

Maddern says Djokovic is “lying” and “sneaky”, while Amor says the athlete has “fallen over his own [expletive] lies”.

The newsreaders were reacting to an earlier twist in the saga, when Djokovic successfully challenged his first visa cancellation. That feels like a long time ago, but was earlier this week.

Ai-Media Technologies, which provides captioning services, said an “employee working remotely” was “responsible for the unauthorised distribution of the content”.