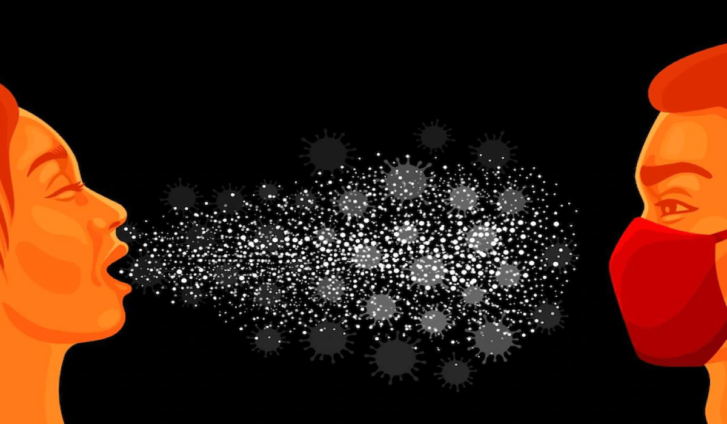 Pertaining to talking, much has been said about how different languages vary in the possible transmission of the coronavirus, with English leading the pack in languages believed to spread the coronavirus easily.

A study conducted by researchers at the RUDN University, Russia, and the University of Nicosia, Cyprus, has found that, indeed, English speakers are more likely to spread Covid-19 than other language speakers. The study suggests that persons who speak English put out more saliva droplets into the air, thereby increasing the risk of Covid-19 transmission.

In the English language, the aspirated consonants (i.e. the sounds that are accompanied by exhalation) include /p, t, k/. These sounds throw myriad tiny droplets from the speaker’s respiratory tract into the air, thereby leading to a cloud of spit – the lead researchers Georgios P. Georgiou and Ahmad Kilani have said.

That means carriers of the Covid-19 virus, who speak the English language, send viral particles into the air, particles which are said to linger in the air for a period between 8 to 14 minutes.

Dr Kwabena Opoku-Agyemang, an English Lecturer at the University of Ghana, confirmed to Dubawa-Ghana that the nature of English pronunciations can cause the production of more saliva droplets than other languages will do.

“The [research] explains the phenomenon through the use of aspirated consonants. It is true, due to the nature of pronunciation,” he said.

Additionally, a letter published in the medical journal, The Lancet, on the outbreak of SARS-CoV-1 supported the indication that the disease could have been more easily transmitted in certain languages, especially Chinese and English. The author argued that the Japanese aspirated stops like /p/, which are also said to produce droplets, are not used as much in comparison to English.

An Immunologist with the West African Center for Cell Biology and Infectious Pathogens (WACCBIP), Dr Yaw Bediako, believes all languages cause spitting of saliva droplets or lead to the production of aerosolized particles while recent studies also state that ‘normal talking’ can emit thousands of small particles that can linger in the air for over 10 minutes.

A study titled “the airborne lifetime of small speech droplets and their potential importance in SARS-CoV-2 transmission” adds that normal speaking also produces oral fluid droplets that can harbour a variety of respiratory pathogens.

This research further confirms that “whereas large droplets fall quickly to the ground, small droplets can dehydrate and linger as ‘droplet nuclei’ in the air, where they behave like an aerosol and thereby expand the spatial extent of emitted infectious pathogens.”

As seen in the above photos, numerous droplets, ranging from 20 to 500 μm, were generated when a person said, “stay healthy.”

“The brightness of the flashes reflected the size of the particles and the fraction of time they were present in a single 16.7-msec frame of the video.”

“The number of flashes in a single frame of the video was highest when the “th” sound in the word “healthy” was pronounced,” the Journal explained.

The research on SARS, which dates back to 2003, confirms that through the use and pronunciation of aspirated consonants, /p, t, k/, English speakers throw out more saliva droplets into the air, a phenomenon that can spread COVID-19.

This report was produced under the Dubawa Student Fact-checking Project.