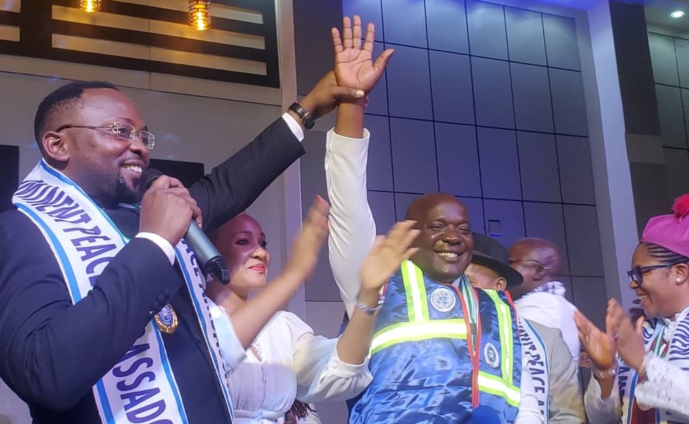 The UN Eminent Peace Ambassador to Ghana, Dr Samuel Ben Owusu, has charged the newly-inducted Peace Ambassador to Uganda, Dr Livingstone Banjagala, to focus on ensuring that the United Nation’s Sustainable Development Goals (SDGs) are achieved in the sub-Region.

Speaking at the Africa Peace Campaign in Kampala, Uganda, he said achieving the SDGs will aid in the development of the Continent.

The International Association of World Peace Advocate (LAWPA), during the Campaign, inducted Dr Livingstone Banjagala as its newest Peace Ambassador to Uganda and the country Director of the Association.

Delivering his message, Dr Owusu reassured Ugandans and the Eastern African sub-Region of the reality that it is only through peace that the continent can develop and expand.

Dr Livingstone Banjagala thanked the organisation for the honour bestowed on him.

He pledged to promote and advocate peace among the sub-Region.

Dr Livingstone Banjagala is the General Overseer and the Lead Pastor of City Harvest Churches.

He has been in ministry for 20 years and has dedicated his life to changing the lives of people by availing himself in the fivefold ministry.

Dr Banjagala is a trail blazer and an agent of change; hence, his nomination and approval as the Peace Ambassador representing Uganda.

Among the dignitaries were Dr Sammy David from Liberia; Emmanuel Nkweke, the World Peace Spokesman, who also represented the World Peace President, Per Stahfan from Denmark.

Others were government officials, diplomats and gospel ministers.