Ethiopia Airlines to continue to fly to China despite coronavirus outbreak 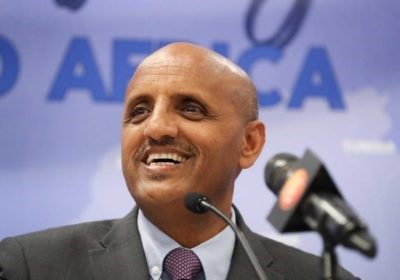 Ethiopia Airlines is to continue its flight services to various cities in China despite the spread of Coronavirus (CODVID-19) in that country.

The Chief Executive Officer of Ethiopia Airlines, Tewolde GebreMariam said, “Travel ban is not internationally recommended precautionary measure to curb the spread of Coronavirus. WHO has advised that there is no need to impose a travel ban to/from China due to the outbreak. African Union’s Centre for Disease Control and Prevention has also advised that airlines should not stop flying to China. Accordingly, we have continued our flights to our Chinese destinations.”

The Airline operates a total of 35 weekly flights to China for most of the year.

He said, “We are following all WHO recommended precautions and collaborating actively with the Ministry of Health, Public Health Institute and all stakeholders. We provide our crew with all the equipment they need to protect themselves and passengers from possible infection.”

Mr GebreMariam added “Even if Ethiopian stops flying to China, it doesn’t mean that our country will be free from the virus unless we make the right prevention. Some airlines have several daily flights to/from China to their hubs and from there they connect passengers daily to Addis Ababa and other destinations.”

“Chinese airlines are still flying to all parts of the world including Europe and the Middle East. They transfer Chinese and passengers of other nationalities from China to other airlines including ET who then transport the passengers to Addis Ababa and other African destinations. Cases have also been reported in countries whose carriers have suspended flights to/from China.”

AIRLINES THAT HAVE CANCELED ALL FLIGHTS TO MAINLAND CHINA

Airlines have been suspending flights or modifying service in response to the coronavirus outbreak:

– Air France – Said on Feb.6 it would suspend flights to and from mainland China for much of March

– Air Tanzania – Tanzania’s state-owned carrier, which had planned to begin charter flights to China in February, postponed its maiden flights.

– Air Mauritius – Suspended all flights to China and Hong Kong

– Egyptair suspended flights on Feb, 1, but on Feb. 20 said it would resume some flights to and from China starting next week.

– El Al Israel Airlines – Said on Feb. 12 it would suspend its Hong Kong flights until March 20 and reduce its daily flights to Bangkok. It suspended flights to Beijing from Jan. 30 to March 25 following a health ministry directive.

– Iberia Airlines – The Spanish carrier extended its suspension of flights from Madrid to Shanghai, its only route, from Feb. 29 until the end of April.