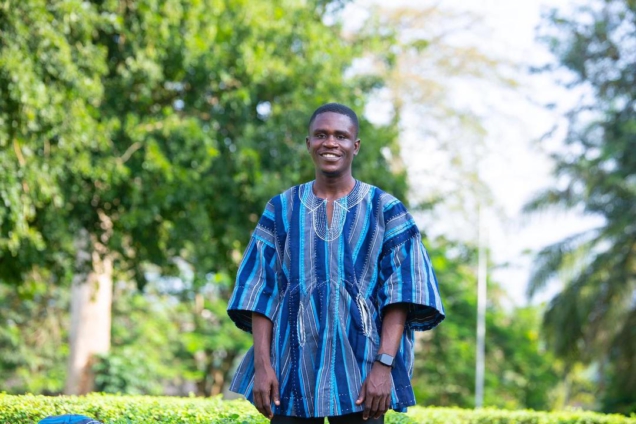 The pillar of education.

Education is an essential tool in every modern society because it has a long-term impact on the way society is built and developed. The resource curse of Africa has proven the saying that “it is the brains (human resources) that develop a nation, not the natural resources” a truism.

I am certain that Switzerland earns more money from chocolate and cocoa products than we earn from selling cocoa. How much are we getting from our oil after 10 years of exploration? The Public Interest and Accountability Committee (PIAC) says Ghana earned $6.55 billion out of the $31.22 billion generated from its three producing fields. 79% of the $31.22 billion earned in the 10 years had gone into the hands of foreign entities because we lacked the expertise to handle it. We lacked the brains technical skills and know-how.

All these examples and narrative shows Ghana’s future lies in the hands of her human resources. An educated human resource well versed in many facets of our economy. From urbanization to agriculture, climate change to pandemics, Ghana needs science, technology, and innovation to secure a prosperous and sustainable future. We must strive to get education right. We must stop tinkering with educational policies and as a nation, settle on a single blueprint that can develop qualitative and quantitative education that fits a modern Ghana. An education that makes the citizen critical thinkers.

If we get it right, it makes it easy for leaders. We get the best of ideas. We get people to better understand government policies and programs and their roles in nation-building.

Alvin Toffler writes that “the illiterates of the 21st Century will not be those who cannot read and write, but those who cannot LEARN, UNLEARN AND RE-LEARN.”. So we must get the pillar of education right.

The pillar of the media

The media is the 4th estate of the realm. People may learn about what is occurring in their community, nation, and, most importantly, the rest of the globe, through the media. The most powerful force in the world now is the media. The media must educate because the nation and her citizens need to be informed about their place and responsibilities in a globalized world.

The media must recognize this significant role and fast realize that we are instrumental in ensuring and improving the quality of life in society.

Governments and regimes of the day must understand that free and independent media is very instrumental in cleaning up corruption and enhancing bureaucratic accountability.  The freer the media, the more responsiveness we have, and the more accountability and better quality of governance experience. We the media must also have cognizance of the responsibilities bestowed on us because of the liberties we enjoy and uphold standards and learn best practices.

The media has 3 basic roles, gatekeepers, watchdogs, and scorekeepers. As gatekeepers, we must set the right agenda. The media is the mirror of society. What media depicts today becomes public opinion tomorrow The usual NPP/NDC agenda is enough. We must start giving space to the downtrodden, the experts, the market women, the artisans, students, and the ordinary citizens. We must start dedicating our airwaves’ prime times and full productions to discussing science, mathematics, innovations, engineering, agriculture, industrialization, nano and quantum physics, climate change, tourism, music, etc. We must flag the most important issues for the citizens. We must set community-focused and human-centered agendas for discussion. As watchdogs,  we must be relentless in shining the light on the ills of society. We must not be the mouthpiece of governments. Our responsibility is to the people. To the truth and facts. Finally, as scorekeepers, we must track what was said and what is being delivered. We must get the score and inform the people.

The pillar of fate.

Religion has aided in creating links that bind communities together over the years. We must consider fate and religion as tools for promoting a feeling of national identity. Despite a generally rising secular culture, we can see that religion has continued to play a significant role in nationalism in many places. As institutions, religions have contributed to the preservation of a people’s history, language, and culture, and as sources of belief, they have acted as the cornerstone of universal principles. Religious leaders have a high level of social trust since their organizations have significant power and have representatives scattered across the community’s villages and cities. These factors make religion a particularly formidable ally and give it the ability to have a considerable impact on regional and global state-building initiatives. This is an opportunity for us to preach about the fundamental principles of nation-building and our responsibilities as citizens in that regard.

The message of simplicity, selflessness and Christlike showings has been overshadowed and replaced by the gospel of affluence. The purpose of the gospel of Christ was to bring abundant life. The contradiction of the pious Ghanaian who has subverted the demands and values of the religion in favor of avaricious materialism and self-centered personal ambition, which are falsely referred to as prosperity.

We must educate ourselves the right way. We practice the doctrines of our fate. The media must play their role of gatekeeping, scorekeeping, and watchdogging without fear or favor.

DISCLAIMER: The Views, Comments, Opinions, Contributions and Statements made by Readers and Contributors on this platform do not necessarily represent the views or policy of Multimedia Group Limited.
Tags:
Education
Eugene Osei Tutu
Media