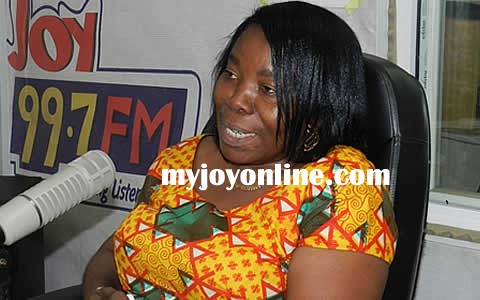 PPP Vice Presidential Candidate Eva Lokko has called on the media to help make politics a more comfortable place for women by working to tone down political discourse. She also promised to address a wide range of women’s issues if elected.

On Joy FM’s Super Morning Show Thursday, Miss Lokko said that the insults common in political discourse discourage women from entering politics because according to Ghanaian cultural standards, women should not be subject to personal insults. She believes that if the media tones down its sensationalistic political reporting, the harsh language will subside and politics will come to be seen as a “ladies’ and gentlemen’s game” open to both genders.

To enhance this change, she called for a nationwide shift in gender attitudes, encouraging women to recognize the dedication, integrity and human resource management skills that they learn through motherhood and to realize that with these traits, they too can succeed in politics.

She also urged women and men alike to stop thinking of women as powerless, weak actors once they step outside of the domestic zone, because with women and men working side by side to solve Ghana’s problems, she believes that the country would advance much more quickly.

If elected to office, Lokko pledged to work on leveling the playing field between men and women.

More concretely, she hopes to establish a program to help young head porters commonly referred to as “kayayei”, who are at high risk for pre-marital pregnancy and a variety of other problems, to get off the street and get nto programs that help them refine their talents through vocational training.

Finally, she said that she wants to address the practice of female circumcision, adding that rather than mocking or criticizing practitioners, she would try to engage them in a dialogue about why the practice no longer makes sense in today’s Ghana.

On the subject of her name, she said that she uses the title “Ms.” and has kept her maiden name, but that these choices have not changed the fact that she and her husband love each other deeply.