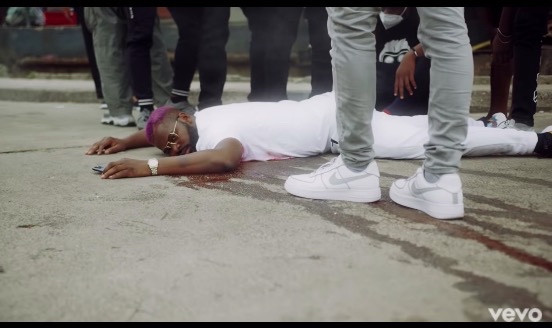 Nigerian artiste Falz has released the visuals for his song ‘Johnny’ highlighting the after-effects of the EndSARS movement.

According to the rapper, it is disturbing to see the message of a song he wrote and released almost two years ago still holds such relevance.

“We will never allow them downplay or misrepresent the gravity of their atrocities. We must get justice,” Falz wrote in an Instagram post.

He dedicated the song to the lives lost during the shooting at Lekki toll gate where thousands of people had gathered to protest.

The video first show Falz in an all-white outfit laying “dead” on the ground. He also puts into the video clips of people who were hurt or died on that fateful Tuesday evening.

We will never allow them downplay or misrepresent the gravity of their atrocities. We must get justice For our fallen heroes 🙏🏽 🕯 🕯 🕯 #Johnny (Tribute video) – link to full clip in my bio 🎥

“We will never forget the heroes that have been unlawfully slain. This is for them. For every single Nigerian life snatched away unlawfully, we must make sure we get justice.”