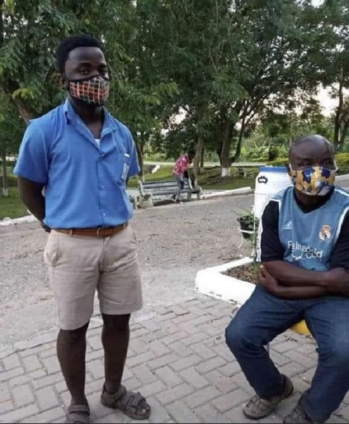 The final year student of Sekondi College in the Western Region seen in a viral video hurling insults at President Akufo Addo has apologized.

The boy is seen in a video kneeling and remorsefully retracting his disparaging comments against the president. He continues to apologize to all Ghanaians for his misconduct.

This apology comes after a video went viral on social media in which he hurls insults at the president, blaming him for a difficult paper he wrote in the ongoing WASSCE exam.

The video was met with criticism across the country.