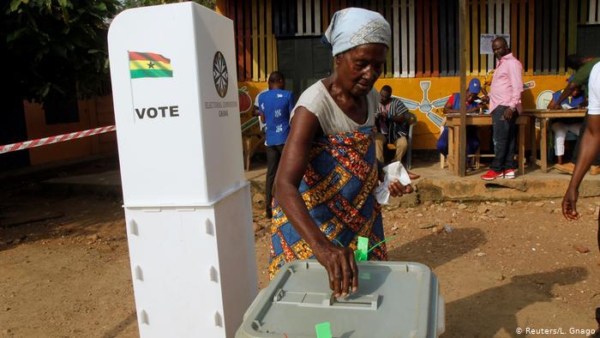 Five NDC MPs have filed a private members motion requesting Parliament to constitute a bi-partisan committee to thoroughly review the processes and the procedures adopted by the Electoral Commission in the 2020 presidential and parliamentary elections.

The Minority MPs also want the Committee to inquire whether the Electoral Commission introduced ballot papers that were pre-thumb-printed and bore the stamp of the commission into the system.

Among other things, the committee is expected to establish the cause of the disturbances and electoral violence associated with the election.

The committee is also to investigate the alleged procurement breaches in the Thales contract for the Biometric Verification Devices.

The National Democratic Congress (NDC) last year petitioned the Inspector General of Police to investigate the alleged printing of one million extra ballot papers by Innolink Printing Press during the 2020 general elections.

In a petition to the IGP, Dr George Akuffo Dampare, and signed by General Secretary Asiedu Nketia, the Party stated that the papers were printed illegally, hence, officials of the Electoral Commission and Innolink who are found culpable, must be prosecuted.

Providing the details of their complaint, the Party alleged that the ballot papers were discovered by their agents when they, alongside others, had returned to Innolink Printing press to supervise the reprinting of ballots for the Afigya Kwabre South Constituency.

According to the Party, “when our agents confronted the supervisors at Innolink, they gave all manner of incoherent answers. One claimed that it was a ‘back up’ while another lady in charge of the bindery claimed they were meant for ‘run-off. Seemingly confused, officials of Innolink could not provide any further tenable answers.”

“When EC officials were asked about the above development, they denied any knowledge of same…our agents insisted that the ballots should be destroyed forthwith. They ensured that all the ballots which were estimated at over one million were shredded and scheduled for destruction,” the party claimed.