#FixTheCountry: I can’t believe this is the same Akufo-Addo who promised to protect public purse – Kpebu 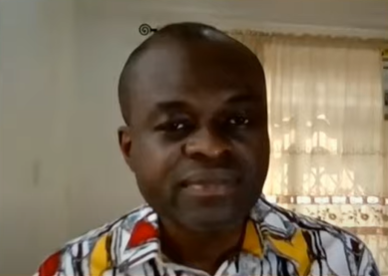 Private legal practitioner, Martin Kpebu, says he is astonished that the incumbent government led by President Akufo-Addo has prioritised the welfare of government officials and appointees instead of the basic needs of the average citizens.

According to Mr. Kpebu, the President before his election into office, on numerous occasions pledged to protect the public purse, however, the state of the economy does not portray so.

Speaking on JoyNews’ Newsfile, he referenced a #FixTheCountry placard that suggested that the youth are struggling to get food on their tables while government officials are working to acquire luxury cars, to buttress his assertion.

“A man had brought a placard, saying that they are trying to buy ‘waakye’ and people in government are buying ‘V8s’. Then it reminded me of one of the President’s first promises when he took office, that there is a moratorium on the purchase of ‘V8s’. Today, I’m sure the jury is out as to whether we are still observing that.

“I cannot believe that this is the same President who promised that ‘I will protect the public purse,” he told Samson Lardy Anyenini on Saturday.

While commissioning the four-tier Pokuase Interchange on Friday, July 9, this year, President Akufo-Addo insisted that the New Patriotic Party (NPP) is a better manager of the public purse, unlike previous political parties that have assumed office.

But, this has been challenged by the private legal practitioner.

Mr Kpebu noted that such indecency in procuring ‘V8s’ is noticeable as the capital, Accra is full of such vehicles.

“Initially, they said they will keep some in the pool so that if the person is doing cross country, that is the Minister or Deputy, he goes to the pool. But that is not being observed. Go to town, the whole of Accra is awash with ‘V8’. Such an abuse. It is so indecent.”

Again, he argued that since Ministers are paid salaries, he does not see the need for such demands.

“Why is it that suddenly tomorrow when you are appointed as a Minister, you think that government should take care of everything for you?” he quizzed.

On Wednesday, August 4, the country saw its aggrieved youth hit the streets of Accra with the #FixTheCountry protest to demand governance that resolves the many economic and social challenges facing the country.

The protestors clad in red, gold, green and black outfits, held placards with inscriptions such as, “Stop the cathedral and use the proceeds to build hospitals, schools, roads and comfortable houses for the people”, “Ghanaians deserve better.”

After the demonstration, President Akufo-Addo has given the assurance that his government has what it takes to address the many issues raised by citizens.

DISCLAIMER: The Views, Comments, Opinions, Contributions and Statements made by Readers and Contributors on this platform do not necessarily represent the views or policy of Multimedia Group Limited.
Tags:
#FIxTheCountry
Akufo-Addo
Martin Kpebu
Public Purse