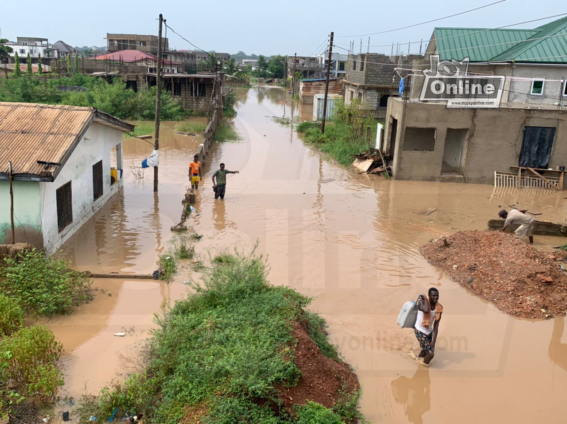 The number of weather, climate and water-related disasters has increased by a factor of five over the past 50 years

He however observed there is nothing natural about the new scale of these disasters; “they are the price of humanity’s fossil fuel addiction.”

The message comes on the back of the launch of the World Meteorological Organization’s United in Science Report, which provides an overview of the most recent science related to climate change, its impacts and responses.

“The report is a shameful reminder that resilience-building is the neglected half of the climate equation,” said Guterres. “It is a signal that developed countries have failed to take adaptation seriously, and shrugged off their commitments to help the developing world”.

Countries in all continents of the world are experiencing colossal floods, prolonged and severe droughts and excessive heatwaves, with daily losses of more than $200 million dollars.

“This year’s United in Science report shows climate impacts heading into uncharted territories of destruction. Yet each year we double-down on this fossil fuel addiction, even as the symptoms get rapidly worse,” said the UN Secretary-General.

They observed that “cyclones Idai, record flooding and extreme wildfires and climate-induced droughts in the Horn of Africa, southern Africa and the Sahel, in the wake of locust plagues attributed to climate change are unjust legacies for people in Africa that has adversely affected the human rights and fundamental freedoms of the African people”.

World leaders pledged in the Paris Agreement to limit global temperature rise to 1.5 degrees and build climate resilience. But the United in Science report shows that the targets are still way off track.

“Climate action is stalling on key fronts, and the poorest countries and people are being hardest hit,” said the UN Secretary-General. “But no country is immune. Our climate is heating rapidly”.

“But it is clearly not enough,” he acknowledged. “Adaptation finance needs are set to grow to at least $300 billion dollars a year by 2030; at the very least, 50 per cent of all climate finance must go to adaptation”.

All countries must boost their national climate ambition every year, until we are on track, he added.