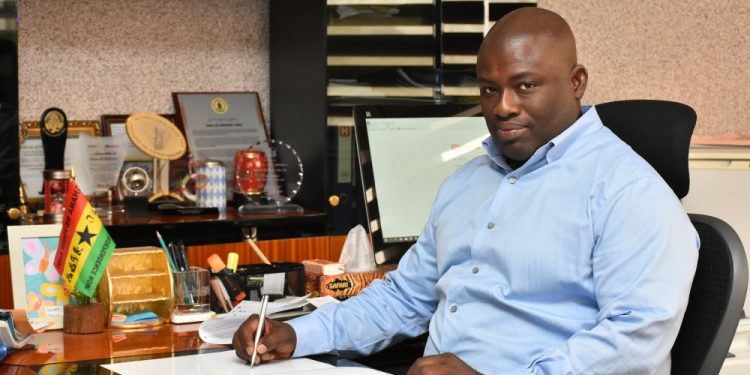 A former Managing Director of the Tema Oil Refinery (TOR) has paid $329,000 to resolve the US SEC’s bribery case against him without admitting or denying the regulator’s allegations, the Wall Street Journal has reported.

Asante Berko, the financial institution, alleges has arranged for millions of dollars in bribes to be paid to government officials in Ghana to help a client win a power plant contract.

The penalty represents what regulators say are the net profits the former executive at Goldman Sachs Group Inc’s London subsidiary gained due to the alleged bribery scheme, plus interest.

Mr Berko was charged in April 2020 by the US SEC for orchestrating a bribery scheme and arranging at least $2.5 million in bribes to be paid to government officials in Ghana and bribing Members of Parliament.

In a complaint, SEC alleges that Asante Berko, who is also a former executive of a foreign-based subsidiary of a U.S. bank holding company, arranged for his firm’s client, a Turkish energy company, to funnel at least $2.5 million to a Ghana-based intermediary to pay illicit bribes to Ghanaian government officials to gain their approval of an electrical power plant project.

According to the court documents, Mr Berko sought to profit from the bribery scheme in two ways; “because he said to have been aware that the Subsidiary would earn over $10 million in fees if the Energy Company secured the Power Plant Project.” This, in turn, was expected to “enhance Berko’s performance and stature within the Subsidiary.”

Also, by at least July 2015, Mr Berko was assured that the Energy Company “would secretly compensate him for arranging the bribe scheme.”

It further states that Mr Berko took deliberate measures to prevent his employer from detecting his bribery scheme, including misleading his employer’s compliance personnel about the true role and purpose of the intermediary company.

“As alleged in our complaint, Berko orchestrated a scheme to bribe high-level Ghanaian officials in pursuit of firm business and his own enrichment. Berko’s misconduct was egregious and individual accountability remains a key component to our FCPA enforcement efforts,” said Charles Cain, Chief of the SEC Enforcement Division’s FCPA Unit.

“The firm’s compliance personnel took appropriate steps to prevent the firm from participating in the transaction, and it is not being charged.”

Mr Asante Berko tendered in his resignation on April 15, 2020, to President Akufo-Addo following allegations though he initially denied the claims.

But after thorough investigations, he has been charged with orchestrating the bribery scheme.

The SEC’s complaint, filed in the U.S. District Court for the Eastern District of New York, charges Berko with violating the anti-bribery provisions of the FCPA and federal securities laws. The SEC is seeking monetary penalties against Berko, among other remedies.

The SEC’s case is being handled by Asita Obeyesekere and Paul G. Block of the FCPA Unit and Kathleen Shields, Mark Albers, and Marty Healey of the Boston Regional Office.

According to court filings obtained by the Wall Street Journal, Mr Berko is to pay about $329,000 to resolve the US SEC’s case without admitting or denying the regulator’s allegations.