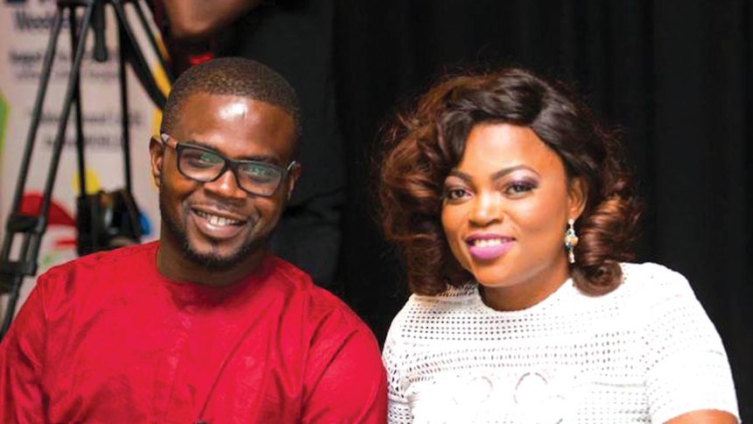 The husband of actress, Funke Akindele has announced their separation after six years of marriage.

In a post on Instagram, JJC Skillz, born Abdulrasheed Bello, stated that they have been going through some challenges for the past two years.

He revealed that he moved out of their home about three months ago at the request of Funke Akindele; adding that he believes their marriage is beyond repair.

“Dear friends and family, I need to let you know that Funke and I have separated. While it lasted, we shared many things and have created two beautiful children. The last two years have been tough for us. I have tried my best to fix things, but I believe it is beyond repair,” he wrote.

JJC Skillz added that “three months ago and at Funke’s insistence, I moved out of the house and, apart from AMVCA, have not been able to get Funke to sit down amicably to discuss the future of our relationship.”

Rumours that the couple’s marriage was on the rocks hit the media in April. But the couple took to heir social media pages to seemingly dismiss the reports.

At the time, JJC Skillz shared a photo of their family, with the caption “the only rock that stays steady and the only institution I know that works is marriage. London is cool, but I’m missing home @funkejenifaakindele my love, have loads of fun with the children. See you soon at home.”

On father’s day, JJC shared photographs of his children with the caption, “Happy Father’s Day darling!!! Thank you so much for being a wonderful and caring father. We love you, God bless you more Baba Ibeji of life!”

He noted that he made public their separation because he wants the public to be aware they are leading separate lives.

“We still have issues that need to be addressed, such as the custody and wellbeing of our children, which is paramount, and business interests that need to be disentangled, but I do not doubt that these will be resolved one way or the other.”

DISCLAIMER: The Views, Comments, Opinions, Contributions and Statements made by Readers and Contributors on this platform do not necessarily represent the views or policy of Multimedia Group Limited.
Tags:
Funke Akindele
JJC Skillz