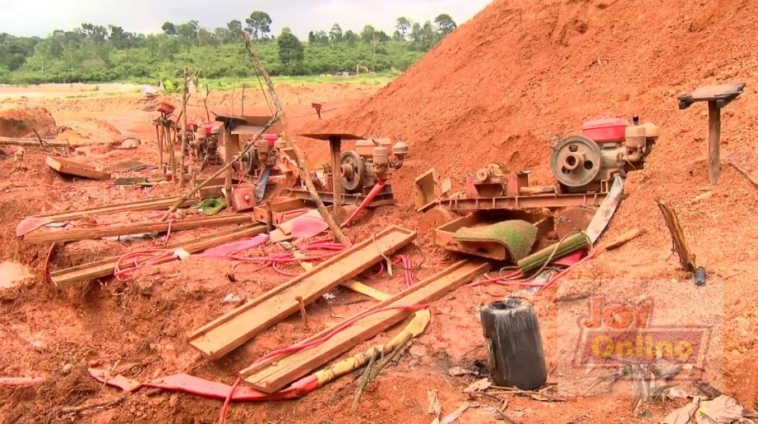 OccupyGhana, a pressure group, has reiterated its call on the President Nana Akufo-Addo to take drastic action to stop the activities of illegal miners, popularly known as ‘galamsey’.

In its 7th letter to the President, dated November 14, 2022, the Group said achievements recorded in the reduction of Ghana’s carbon emissions could be eroded in less than a year if urgent action was not taken to nip the canker in the bud.

“In 2018 alone, 1.984 million ounces of gold was mined through Galamsey. This means that the much-touted carbon reduction through the REDD+ program that was achieved over a decade or less can be undone by Galamsey activities in less than a year,” it said.

Making reference to some pronouncements made by the President at the ongoing UN Conference of Parties on Climate Change (COP27) about Africa’s potential to help decarbonise the world and the prevention of forest losses, OccupyGhana challenged the President to let his words reflect his determination to stop the activities of illegal miners.

“When we juxtapose your words in Egypt this past week to what is going on in the illegal small-scale gold mining industry, aka Galamsey, we find you wanting,” OccupyGhana said.

“Your words on deforestation do not jell with facts on the ground. Even though since the implementation of the Cocoa Forest REDD+ program about a decade ago Ghana has reduced carbon emissions from cocoa farming by 972,456 tonnes of carbon dioxide equivalent (tCO2e), we argue that Galamsey is busily replacing that reduced amount with carbon dioxide,” it added.

In its first letter to the President, dated September 28, 2022, OccupyGhana asked the President to enforce the law on illegal mining.

“Galamsey continues unabated and the law that proscribed illegal mining remains a meaningless adornment on our statute books simply because the Government is unwilling to or incapable of enforcing the law,” it said.

The Group has since written six separate reminders to the President, some of which called for a declaration of a state of emergency in every mining area in Ghana in accordance with the Constitution.

DISCLAIMER: The Views, Comments, Opinions, Contributions and Statements made by Readers and Contributors on this platform do not necessarily represent the views or policy of Multimedia Group Limited.
Tags:
Galamsey
OccupyGhana