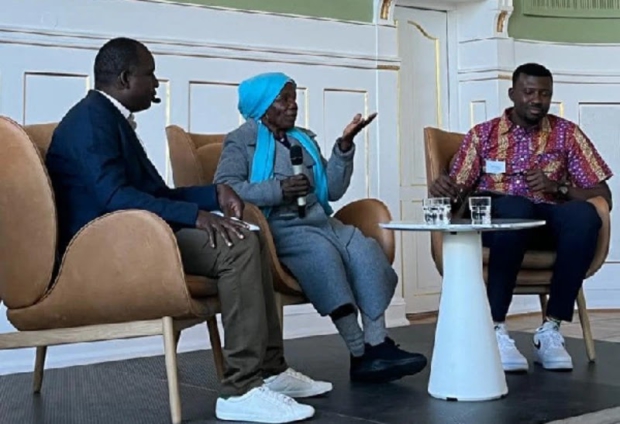 Suuk Laari lived in the Gambaga witch camp for 15 years. Like everyone from the camp, her story confirms that of other women there who run away for their lives after being accused of witchcraft.

The month of September, 2022 will stand out as one of the best in her life. Suuk and Samson Laar, coordinator of the Gambaga witch camp and the Presbytery were invited to attend the Coast Contemporary Conference 2022 in Tromso, Norway.

Suuk was among the guests of honour.

The Coast Contemporary Conference is an annual journey and assembly of artists, art workers and the public supported by the Norwegian Ministry of Foreign Affairs. It is a platform for discourse, generating future collaborations for artists and art workers.

They have had five previous editions. This year’s conference with the theme, ‘Land of Prey, Witchcraft in the 21st century’ was aimed at raising awareness of the situation of modern witch-hunts.

It was held in Tromso and Bergen in Norway from September 26 to October 2.

The theme of the conference was influenced by the Master’s degree thesis of Larry Ibrahim Mohammed, a PhD Research Fellow who wrote on the Gambaga witch camp.

The thesis won the Ase Hiorth Lervik prize for best Master’s degree thesis with a gender theoretical perspective in 2021 with a ceremony in Tromso, Norway.

Larry worked with Tanja Sater, the Founding and Executive Director of the Coast Contemporary, to co-curate the Ghana and the Gambaga part of the conference.

Suuk Laari delivered a keynote address, narrating the detail of her story on how she ended up at the Gambaga witch camp and her experiences while living there. She asked for a global effort to fight and criminalise the accusation of witchcraft and for more education on eradicating bad cultural practices.

When asked about her thoughts on closing the witch camps, she emphasised that it is akin to scratching the surface of the problem. According to her, without the witch camp, she would probably have been dead and forgotten.

Samson Laar, on his part, called for more support to help feed the women in the Gambaga witch camp.

As a coordinator of the Go Home Project, the main task has been re-uniting the women back to their families and resolving any conflict that might have led to them relocating to Gambaga.