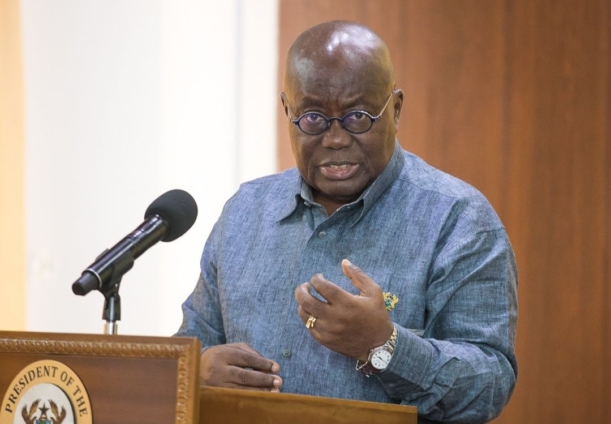 It is shocking that after many of their arguments against the UNIPASS system has fallen flat, they have moved into full gear to make the President Nana Akufo-Addo unpopular in an election year — signalling how they can make him lose the 2020 elections if they are not allowed to continue their contract. Question is how? Let me tell you.

The Ghana Community Network Services Limited GCNeT and West Blue Consulting, just on Tuesday, April 28, decided to show what they are capable of by switching off their systems, even though the Ghana Revenue Authority (GRA) had told them in a written letter that they were going to work alongside the new system UNIPASS until May 15.

They were very much aware that importers had started the process to clear their goods with some having even made payments over the weekend and on Monday, April 27, but they quickly sent a word around that their system had been blocked by the government and anyone who tried to use it was directed to the new Integrated Customs Management System also known as UNIPASS system which was not working they claimed.

An obvious untruth which they pushed hard with their agents and assignees some coming from the civil society sector. This they made sure was bought by the media as they have huge machinery in place working around the clock to set the agenda and make the world believe what they say, even if it’s a lair, which it was anyway.

What was the government directive about UNIPASS? That from Tuesday, all new clearing process, be it manifest or other documentation was to go through the new Integrated Customs Management System ICMS; the same was the process for the rollout in Takoradi port, Elubo and Afloa boarders.

I refer you to this story.

So I ask myself, how on earth a system which is the same and has not changed, working at the Takoradi Port after all the noise that it had problems not work at Tema?

Let me refer you again to another story on myjonline.com.

As for the reasons why this happened I will come back to it. But I will ask you a question that if a bank is a shareholder of a company which is about losing its contract and there is a grand scheme to stop it, what will happen? Think about it.

But most importantly, today importers at the land borders and Takoradi Port are working using the same system with the complaining stopped.

So, I will want to know if at the Tema Port and at the Kotoka International Airport (KIA), we need a different system to work there. Can GCNeT and West Blue Consulting tell the nation if their system at the Tema Port is different from what is at the Takoradi Port and KIA?

I will want to ask Journalist in this country to provide us with one person an importer who is duly registered and has been assigned his or her password to the UNIPASS system and between Tuesday, April 28 and Thursday went into the system to be a fresh clearing process and that did not work?

It is instructive to note that every importer or members of the freight forwarders team that were talking were people who had indeed begun a process in the GCNeT/West Blue system before the take day of Tuesday, April 28.

Well, many of the importers had their documentation in the GCNeT/West Blue system and had begun the process to clear at the Tema Port, this meant that switching off the system affected trade facilitation, bring ongoing businesses or clearing to a standstill.

Read this and get why I am saying that, there is a grand scheme to make the government unpopular:

Dear Client, Following earlier directives from Government directing   GCNeT to stop receiving new declarations and the ensuing halt of new declaration processing on our platform, GCNeT management is in discussion with authorities on the way forward.

Meanwhile, knowing the current difficulties the situation has created for the trading community in the clearance process, GCNeT is currently in the process of restoring services for smooth paperless port processes to resume as usual.

Be assured of our continuous commitment to serve you better.” That is a message from the GCNeT to importers.

Now, at the meeting to get West Blue and GCNeT to restore the system which they claimed that the government blocked, these vendors after laying down their demands, the government said thought it wise to say okay we will give you three months to wrap up your work but they refused. They rather asked for six months from the government.

Well, let me tell say these vendors are asking you for six months. I know there was supposed to be a meeting at the Presidency on Thursday, April 30, to discuss the way forward.

The six months, if granted, will end around October this year, which will be in the heat of the elections. The Tema East and Tema West parliamentary seats are very important to the ruling party and the government itself cannot afford to become unpopular among the trading community not just two months to elections.

This will mean around that time any agitations from the importers and trading community the government will not want and so will have to allow the GCNeT and West Blue to work. The plan is to shut the system again and this also gives them time to go and tweak their system and put in other innovations which they don’t have and come back and make a case that they have everything the UNIPASS system has got.

In fact, GCNeT is going to come in and make a case that they are capable of doing with West Blue is doing and the Cargo Tracking Note among others is being done by other vendors. So West Blue must even watch them.

The system will be shut again if they are told to wrap up come either May 15 as they were directed earlier or given three months or six months. The government must be careful not to get a raw deal.

Since GCNeT claim source codes they hold is their personal intellectual property as the company because is a foreign majority-owned (SGS Societe Generale de Surveillance SA) then we should not put the future of the nation’s data in foreign hands.

UNIPASS, scheduled to start operations at the Tema Port, was going to replace the Pre-Arrival Assessment Report (PAARS), which was being performed by West Blue, and the Ghana Customs Management System (GCMS), jointly operated by the Customs Division of the GRA and GCNeT.

The new system, another public-private partnership will provide unimpeded international commerce through the country’s ports by operating the Integrated Customs Management System (ICUMS) which is expected to process an average of 2,000 import declarations daily from the premises of the Ministry of Finance where the infrastructure has been installed.

What is happening at the Tema Port I have watched with shock, how contractors here in am referring to the Ghana Community Network Services Limited also known as GCNeT and West Blue Consulting today can decide to hold the whole country at ransom because they will not allow the government to end their contract.

It is important to note that the West Blue’s contract is ending soon, I think by the close of the year. But GCNeT which is foreign majority-owned entered into an “Original Agreement” dated October 4, 2000. Interesting the contract which had more than two clear years to end in 2016, was renewed to end in December 2023, even though there is no clause which allows for it. Nobody can today tell what the motive was but even after the renewal, they failed to take it to parliament for ratification.

Tell me who does that, and where the government is wrong to say that GCNeT has not got a contract. Also, even though you have the Ghana Revenue Authority GRA, GCB and SSNIT also being shareholders of the entity SGS Societe Generale de Surveillance SA, has majority shares making the company a foreigner owned.

When the government showed it intention to want to end the contract, then managers of GCNeT then came out with the narrative that they were willing to give our extra 30 per cent of the shares to the government to allow it have a controlling stake in the business and decide on it way forward. At the same time, new innovations in their 20-year-old system to make them a single window with all the issues the government has raised showed up.

They also made claims like the UNIPASS engaging in the cloning of their system, accused the GRA officials of opening their substations to allow the UNIPASS team the Koreans who in the world today all among the top 4 countries with the best Port Management systems giving a seamless and fastest clearing process to copy them. Shocking right?

My question is why they are not going to court over intellectual, Patent and other rights using the copyright law and the company law if they feel that indeed, the Koreans have copied anything of these.

Let me help all of to refresh our brains in 2000 when GCNeT was coming into the country and we were told that they were going to help automate the ports and also in years not long ago when West Blue Consulting was coming to take over the PAARS we all saw what happened in this country. The resistance which was fuelled by the existing vendors at the port.

But it took a government with determination and with balls to ensure that these projects took off without the vendors holding the nation at ransom or go to the extent these vendors West Blue and GCNeT who brought business at the Tema port to a standstill.

We a very much aware of how they have paid their way to get the media to give them air time to allow their spokesperson being people they have contracted one from civil society and some members of officialdom including the private sector to speak on air.

Today it is shocking to know that, all the noise about West Blue and GCNeT integration plus the two systems not able to talk to each other delaying clearing of goods, casing increase in ground rent and demurrage payment at the port is no more from the importers but we are told that the systems work cohesively.

Well, you can check with Tanzania where since 2015 under the name Tancis, which World Customs Organization (WCO) has acclaimed as one of the best innovative trade facilitation systems. Go to just Cameroon, like Ghana, has also deployed the same technology after successfully developing their system early this year.

Let me further point out that in Ecuador in South America, the system has successfully been deployed since 2010 and it is still operating.

The best place to see the efficacy of this UNIPASS customs management technology is in South Korea itself where since 1998 the system has been deployed to successfully manage their complex and far bigger customs operations.

The writer, Nana K. Yawson, is a Trader and importer of cars and other goods. He has been in the business for over 10 years.

DISCLAIMER: The Views, Comments, Opinions, Contributions and Statements made by Readers and Contributors on this platform do not necessarily represent the views or policy of Multimedia Group Limited.
Tags:
GCNet
UNIPASS
West Blue