Ghana has a penchant for disrespecting contracts – Management Consultant 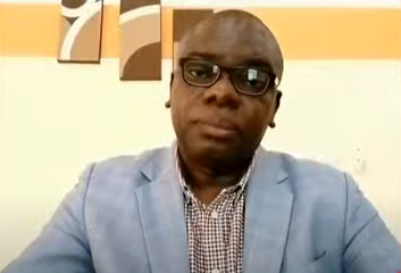 A Management Consultant, Harry Yamson, has stated that Ghana’s reputation in the world of finance and commerce is at risk because of the penchant for disrespecting terms of contracts signed by governments.

Speaking to Samson Lardy Anyenini on Newsfile, Saturday, Mr. Yamson revealed that Ghanaian governments have failed to understand the effects of abrogating agreed contracts on the ability to be considered suitable to receive financial credit from International bodies.

“There is this absence of an understanding about the implications for our financial reputation in the world of finance and commerce. Ghana is also in need of establishing its credit worthiness and part of that depends on how well we respect contracts.

His concerns arise from the state being slapped with a $170million judgement debt by a Commercial Court in London.

The damages to claimants, Ghana Power Generation Company (GPGC) was directed by the London Court after government, through Attorney General Godfred Dame and State Attorneys, failed to meet a 28-day deadline to challenge the award of over US$134 million in favour of GPGC in 2018, for wrongful termination of a contract between the two parties.

According to the Management Consultant, since this development, no government official has been able to tell Ghanaians exactly what needed to gave been done to ensure that in terminating this contract, the state did not suffer loss to this extent.

This lack of rigour displayed by government, he said, is worrying.

“The Attorney General, as I have heard him speak on radio, has made it very clear that he wasn’t involved. The Minister who made the recommendation to the Cabinet has said it was his job to advise the Cabinet and whatever cabinet agreed was done. So, everybody is passing the hot potato and at the end of the day, it simply tells us that we do not have rigour. We need to have rigour.”

According to Mr. Dame, the originators and signatories to the contract are to be blamed for the huge loss to the state but Ranking Member on Parliament’s Energy Committee, John Jinapor has pointed accusing fingers at the Akufo-Addo-led administration.

This blame game, according to Mr Harry Yamson is a canker that needs to be gotten rid off.

He noted that it has come to a point where Ghanaians should be able to hold an individual or group accountable for causing financial loss to the state.

“That also, is not good and supposed to stop. It has to be possible for us to say that, in this matter, there’s a single person who is ultimately responsible for ensuring that there’s rigour, for ensuring that the decisions are done and made in a timeous manner and that Ghana is protected in all things. That is missing,” he noted.

In addition, he encouraged that there should be an audit of Cabinet’s actions, and the officials who terminated the contract.

“It is the number one thing we should have done when we returned from the arbitration,” he said.