Ghana Rugby reaches out to supporters in fundraising drive 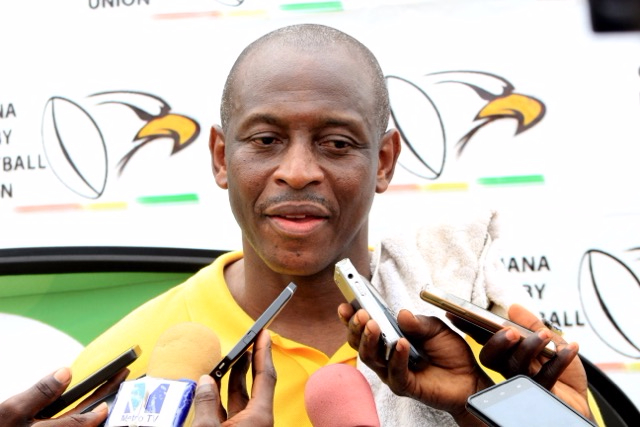 The Ghana Rugby Football Union (GRFU) has launched a fundraising drive through its Regional Associations and Clubs to help fund the various activities of Rugby in Ghana.

The first fundraising initiative is in the form of donation tickets that Clubs will offer through its players to friends, family members and other supporters and lovers of the game.

The initiative is part of an action plan proposed at a recently formed Ghana Rugby Fundraising Task Force (GRFTF) that was constituted at a GRFU Board Meeting held in June 2016.

According to the Chairperson and Treasurer of the GRFU, Mr James Nunoo, the Board reviewed its operations including its financial operations and it became clear that the Rugby Family in Ghana will all have to come to the party to balance Rugby’s books.

“Rugby is in a peculiar situation in Ghana as minority sport and it does not receive any support from government. The authorities are in fact indebted to Ghana rugby to the tune of almost 200,000 cedis dating back to monies publicly promised by the Finance Ministry in two consecutive budget speeches,” Mr Nunoo said.

Nunoo further explained that the Fundraising Task Force has been mandated to come up with solutions to fund both shorter term priorities as well as to put longer term sustainable funding programmes in place.

The GRFTF is made up of Members of the GRFU, the Regional Associations (GARA and CentWest) and their Clubs, the Ghana Rugby Union Players Association (GRUPA), Ghana Rugby Ladies, the “Get Into Rugby” (GIR) Team and members from the expat community.

Some of the shorter term priorities that the Fundraising Task Force have been confronted with is the funding of a training exercise in August that will be conducted by World and Africa Rugby for both coaches and teachers, international matches against Niger and Togo in September and the annual Ghana Rugby Club Championship that is slated to kick off in November.

The Vice President of the GRFU, Mr Ernest Hanson,  said that the GRFU is in the process of finalising a revised 2016-2010 Strategic Plan and with it a longer term Operational and Financial Plan that will also serve as guideline to the Fundraising Task Force.

Mr Hanson continued to say that the GRFU is faced with huge challenges to fund strategies and plans related to youth development through the “Get Into Rugby” youth development initiative, women or female Rugby, Club Rugby and international participation.

and (7) Providing strong and effective leadership. In addition strategies relating to finance, legal, commercial, development and performance, communication, technical and external and member relations are part of the big picture.

Following all the strategies are of course the operational plans that all require funding in a lesser or greater degree and those are the challenges that Ghana Rugby is hoping to address via the GRFTF,” Hanson said.

”‹Two of the ”‹shorter term immediate needs outlined by Mr Hanson include the funding of coaches and teachers training that will be undertaken by World Rugby in August as well as international friendlies in September against inter alia Niger and Togo.

The President of the GRFU, Mr Herbert Mensah, said in an interview from his home in London that the world will be glued to their TV sets to enjoy the Rio 2016 Olympics spectacle and part of that will be Rugby’s participation after a 92 year absence.

“What we do for Rugby is in fact a quest to help the youth in Ghana to have access to an alternative sport based on the values of integrity, passion, teamwork, discipline and respect – values that no other sport can claim. The dream is to see some of Ghana’s youth of today taking part in the Olympics of tomorrow representing Ghana as part of the national Rugby team, the Ghana Eagles,” Mr  Mensah said.

”‹Mr Mensah also commended companies such as Interplast”‹ and Gino who sponsored this year's Africa International Men's Sevens Tournament in Togo and invited other corporate organisations to join Ghana Rugby to not only benefit from a positive brand reinforcement, but to also gain very good brand goodwill and media exposure in the process.