Ghana will be transformed when teachers are taken care of – PNC 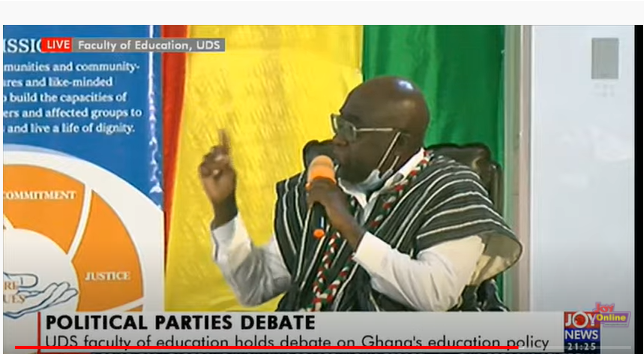 According to him, teachers are not motivated enough to give off their best, a situation he says he knows and understands all too well.

Speaking at a debate organized by the University for Development Studies (UDS) in partnership with NORSAAC and Oxfam to highlight educational policies ahead of the December polls, Dr. Ayivor said a vote for the PNC will ensure that such situations are prevented.

According to him, a vote for PNC means a vote for low interest loans on cars so teachers can drive what he describes as ‘nice’ cars.

“By their retirement, there will be a mortgage scheme to make sure they own their immediate homes when they retire,” he added.

The running mate, however, explained that until that is done, there will be a need for government to adjust rent control.

“When PNC comes to power, nobody is going to pay 2 years rent to anybody to look for a place to sleep.

“We are coming to transform Ghana and deliver prosperity to all Ghanaians and that is the PNC’s position,” he said.

He went on to promise electorates of the party’s willingness to fight corruption and ensure accountability when the party is voted for on December 7.

The 2020 political parties debate on education was held at the premises of the University for Development Studies (UDS) in Tamale.