Ghanaian players to lookout for in the Premier League this season 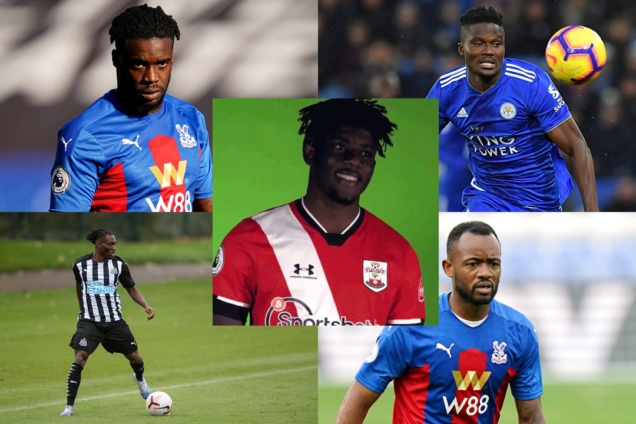 Just 43 days after the conclusion of the 2019/20 Premier League season, the buzz surrounding the feel of a new season is looming with four days to the start of the season. Players enjoyed a protracted summer break due to the outbreak of Covid-19 as the season gets underway this weekend.

Normally, that would mean this week bringing the close of the transfer window. Instead, this year, there remains another month left for clubs across the Premier League and Europe to continue their transfer business and Premier League clubs are continuing to make moves.

There could be possible changes in terms of the Ghanaian players in the Premier League. Thomas Partey has been linked with Arsenal all summer, Baba Rahman is expected to leave Chelsea and Christian Atsu alongside Daniel Amartey have been linked with possible exits. However, as things stand, the troops representing Ghana will be Jordan Ayew, Jeffrey Schlupp, Christian Atsu, Daniel Amartey and Mohammed Salisu.

The newest addition, Mohammed Salisu joined Southampton from Real Valladolid this transfer window. Salisu played a crucial role in Valladolid’s defensive shutout in his last season with the club. He showed his durability after featuring in 31 games, starting 30 of those games.

The 21-year-old won 33 tackles, made 36 interceptions and won 75 aerial duels in La Liga last season and will be looking to improve on those numbers in the Premier League.

The forward scored nine goals and provided two assists last season and will be looking to improve on that by scoring double figures. The last time he achieved that feat was with Lorient in 2014/15 where he scored 12 goals in Ligue 1. So far, Ayew is looking sharp having scored two goals and provided one assist in pre-season friendlies.

Ayew’s counterpart Jeffrey Schlupp also enjoyed a good season with the Eagles last season. The versatile player scored three goals and provided one assist in the 2019/20 season. He had the privilege of scoring Palace’s last goal of the season against Spurs which was assisted by Ayew.

Last season, Schlupp won six tackles, made 13 interceptions and 15 clearances. The only down side is that he played just 17 games due to injury and will be hoping to remain fit this season.

Christian Atsu enjoyed a good start to the 2019/20 season after starting 16 out of his 19 appearances in the first half of the season. Unfortunately, the winger gradually fell off with Newcastle manager Steve Bruce due to the form of Miguel Almiron and persistent injuries.

The winger still managed to provide three assists last season but he’s been linked with a number of clubs from Germany and Spain. Atsu has been impressive in pre-season so far scoring one goal but with Newcastle completing the signing of Ryan Fraser, the Ghanaian’s future at St. James looks very doubtful.

Daniel Amartey made his first Leicester appearance after almost 2 years injured on the sidelines, scoring as the Foxes drew 1-1 with Blackburn Rovers in a pre-season friendly.

The defender is yet to really work with Brendan Rodgers and as a result, it has been reported that Amartey is not in Leicester’s plans this season. The Ghanaian is willing to stay and fight for his place but the club is also willing to sell if a good offer comes in.

The Joy Sports team in partnership BBC will be providing live game commentary on Sundays from 2pm-6pm for the 2020/21 Premier League season.

You can also join the Joy Sports Fantasy league with the code UF90QS.

It’s that time of the season, FPL managers join our highly competitive league and prove your wealth. #JoySports #FPL #fplcommunity