Ghana's democracy not under threat but we need constitutional reforms - CHRAJ - MyJoyOnline.com 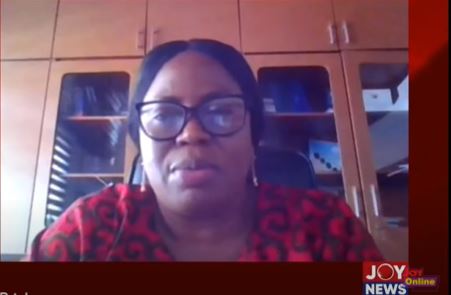 The Deputy Commissioner of the Commission on Human Rights and Administrative Justice (CHRAJ) says Ghana’s democracy is not under threat as alleged by some individuals.

Mrs Mercy Larbi noted that in the 4th Republic, the 1992 Constitution has been beneficial in the running of the country.

Speaking on JoyNews’ Newsfile on Saturday, she added that some laws must however undergo reforms.

Interacting with host, Samson Lardy Anyenini, Mrs Mercy Larbi, indicated that Ghanaians are demanding from government a reform of the constitution.

“With democracy, I say it is good although you may have the bad aspect of it. Growing up, you see that the constitution has helped the country very much. Coming from the human rights perspective, I see that we have the right to participation and the right to choose leaders. We have had that for 30 years and I think it has been good. Despite the fact we have some one or two issues with the constitution.”

“It has been good alright but we need some reforms. I would not agree that Ghana’s democracy is under threat but people are talking. A lot of Ghanaians are talking about the reforms we need in the constitution. A whole lot of issues have been raised,” she said.

In March this year, the Dean of the University of Ghana’s Law Faculty, Professor Raymond Atuguba, while speaking at a public lecture on a review of the 1992 Constitution and its impact on the economy, noted that Ghana’s current financial state is a threat to its democracy.

“A big part of why certain coups succeed and others fail is the economy. What is the state of Ghana’s economy today?

“At the level of the most irreducible idiomaticity, Ghana is broke. Your nation is radically broke. So broke, the Speaker of Parliament has publicly warned, gavel in hand, that we may not be able to pay the salaries of public sector workers in the next three months,” the academic said.

Ghana on April 28, 2022, commemorated its 30th anniversary of the holding of the Referendum that approved the 1992 Constitution.

Addressing the country, President Akufo-Addo stated that democracy, under the 4th Republic, has been good for Ghana, as it has banished the spectra of instability that disfigured much of Ghana’s early existence.

“We have had five Presidents in the history of the 4th Republic, with peaceful transfers of power from a governing to an opposition party on three separate occasions. Even when there was disagreement with the outcome of an election, it was the Supreme Court, on two occasions, rather than the streets, that validated the result. We are, arguably, the most stable democracy in West Africa,” he said.

The President, however, noted that the country’s democracy is under threat.

“There are some, who for their own parochial and selfish interests, would want to see a return to the dark days of authoritarian rule, simply because, with no respect for the Ghanaian people, they are either unwilling to subject themselves or their vision to the open scrutiny of the Ghanaian people, or because they know they will be rejected by the Ghanaian people and, thus, seek a shortcut to office and power.

To ensure the country keeps operating under a democratic rule, he told Ghanaians “let us strengthen our resolve to resist such persons for our own common good.”