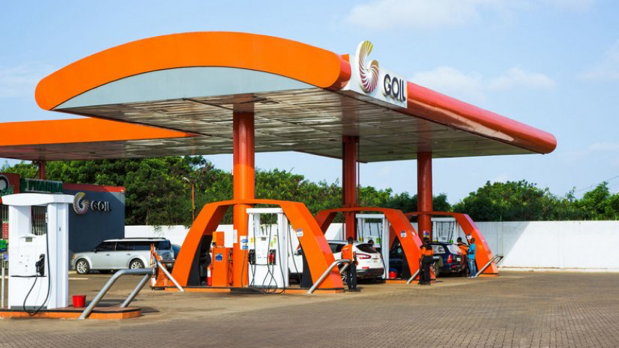 The Executive Director of Energy think-tank, Africa Center for Energy Policy (ACEP) has stated that the decision by GOIL Company Limited (GOIL) to reduce fuel prices undermines the interest of minority shareholders in the company.

Speaking on Thursday, December 9, 2021, on the Super Morning Show, Ben Boakye expressed the view that since the voices of the minority shareholders could hardly be heard in terms of decision making at the Board level, the Management of the company should be seen to be representing their interests as well.

“People have 4%, less than 1% shares in there, their voices are not that loud perhaps on the Board. So if the majority shareholder can take a decision that undermines their interests then you’re sending a very bad signal to the market,” he said.

The comment comes after the management of GOIL denied reviewing prices based on a directive by the government as was alleged by the spokesperson of the Ghana Private Road Transport Union (GPRTU) Abass Imoro.

In a statement, GOIL dispersed the claims insisting that the decision was taken by its Board based on “prudent commercial principles.”

“GOIL is a listed company with a constituted Board of Directors and Management and takes decisions based on prudent commercial principles. GOIL is guided by the fact that the company is owned by Ghanaians and that has always influenced our pricing policy,” they said.

Reacting to this response by GOIL, Ben Boakye tasked the country’s regulatory body in the Petroleum sector (i.e the National Petroleum Authority [NPA]) to effectively monitor the activities of oil marketing companies to ensure they are selling the right product.

“Sometimes you see people selling way below the market prices and you ask yourself what they are selling. GOIL itself has been crying about the smuggling and invasion that has been happening in the space.”

“If indeed they could sacrifice that much, 15 pesewas per litre, and still stay afloat then we have to check the market to be sure that we are not being cheated because that is really significant,” he said.

“These are the dynamics that we expect the regulator will pick up to ensure that the issue we have raised on the behavior of the market is checked and we are able to introduce competition that ensures that the interest of the Ghanaian is protected in this market,” he added.

Following a sitdown strike by some driver unions, the government held a meeting with the transport operators to deal with the impasse.

In an interview on JoyNews’ PM Express Monday, GPRTU spokesperson, Abass Imoro said during the meeting with the government, they were told that GOIL was expected to review its fuel prices downwards. This is an interim measure to cushion the transport operators and the motoring public.

Aside from this interim measure, Mr. Imoro stated that the government promised to remove some petroleum taxes in the 2022 mid-year budget.

The following day, GOIL reviewed prices at the pump downward by 15 pesewas.

Management of GOIL has explained that its pricing policy takes into consideration the welfare of the ordinary Ghanaian and cushion them in the difficult post-Covid period and not a decision taken based on government’s directive.