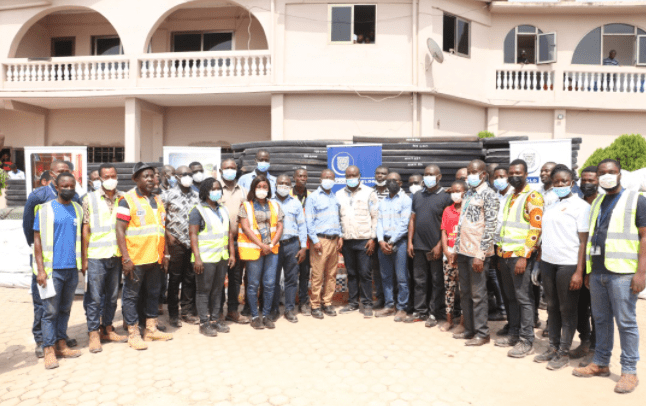 A team of medical and safety officers from Gold Fields, led by the Regional Manager for Community Relations, Mr Robert Siaw made the donation at the Saint Michael’s Catholic Church Parish hall at Bogoso.

Mr Siaw noted that the gold mining company was saddened by the unfortunate incident and the donated items were to offer immediate relief to the victims.

He added that the donation was the company’s initial support while they conduct a “comprehensive assessment to establish further assistance needed by the victims and the community”.

The items were received by Municipal Chief Executive of Prestea Huni-Valley, Dr Isaac Dasmani, together with Wisdom Cudjoe, who is the Member of Parliament for Prestea Huni-Valley and officials from the National Disaster Management Organisation (NADMO).

“It has come at a time that the people need these items. I want to assure Gold Fields that the victims will receive these items and use them for its intended purpose.”

The unfortunate incident occurred on Thursday, January 20, 2022, when a truck transporting mining explosives reportedly collided with a motorcycle, leading to a huge explosion.