A group of 50 states and territories in the US have launched an investigation into Google’s dominance of the online advertising market.

The coalition warned that the search giant may be threatening competition and consumers.

The action adds to a mounting number of probes of big technology firms by US authorities.

On Friday, a separate group of states announced they had launched an investigation of Facebook to determine whether it had stifled competition and adequately protected consumer data.

The recent actions involve both Republicans and Democrats, a sign of growing political consensus about the need to curb the tech giants.

Texas Attorney General Ken Paxton, whose office took the lead making the announcement, said Google dominated “all aspects of advertising on the internet and searching on the Internet”.

“There is nothing wrong with a business becoming the biggest game in town if it does so through free market competition,” he said.

“But we have seen evidence that Google’s business practices may have undermined consumer choice, stifled innovation, violated users’ privacy and put Google in control of the flow and dissemination of online information.” 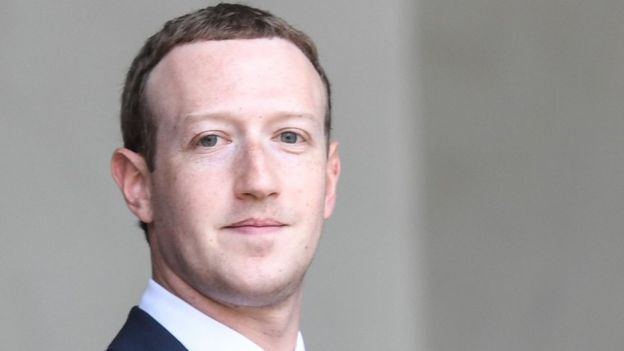 Facebook, led by Mark Zuckerberg, is also under investigation in the US

Google accounts for about 38% of digital advertising spending in the US – at around $48bn – followed by Facebook at about 22%, according to eMarketer.

However, its share of the market has declined in recent years, as companies such as Amazon attract more spending.

Google referred questions about the latest probe to a statement it published last week, which emphasised the firm’s track record of innovation.

Criticism of its business is “not new”, it added.

“We have always worked constructively with regulators and we will continue to do so,” it said.

Historically, the US has lagged Europe and other countries when it comes to regulating the tech companies.

However, in July the US Justice Department said it would review whether practices by “leading online platforms” had stifled competition.

Congress is separately holding hearings about the growth of monopoly power in the digital market.

The latest investigation includes nearly all 50 US states, except for California and Alabama.

Critics of the tech giants, who have long bemoaned a lack of action in Washington, said they hoped the state-level effort would put pressure on the federal government to crack down.

“Historically the feds have led the process and they’re the ones that are taken seriously,” said Matthew Stoller, a fellow at the Open Markets Institute, an anti-monopoly think tank.

“The states coming out and saying we’re going to do this on our own – that’s a really big deal,” he said.