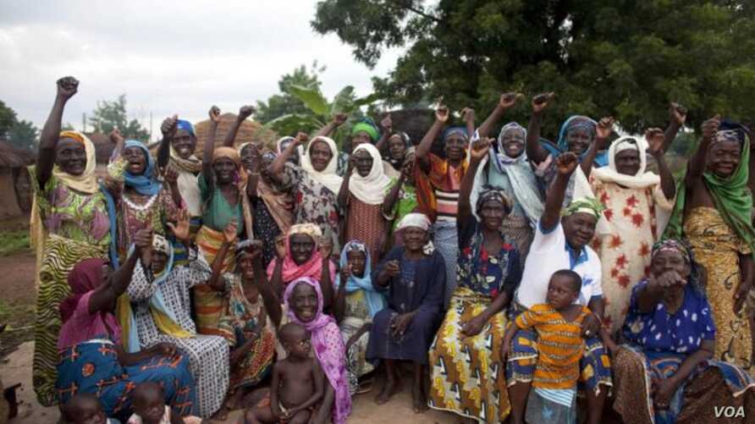 A government delegation has visited some alleged witches’ camps in the Northern Region to interact with inmates to ascertain their conditions of living.

The move was to help seek the inputs of inmates in terms of what they wanted government to do for them to improve their lot.

Some of the inmates told members of the delegation that they were wrongfully accused of witchcraft, tortured and sent away from their communities, where some of them had remained at the camps for more than a decade now.

The ages of inmates at the camps ranged from 40 years to about 70 years.

Landlord of the Gnani Witches Camp, Shei Alhassan, Tindana who spoke on behalf of inmates, said they were engaged in farming activities but they usually ran out of food from June to July, every year, when their stocks ran dry.

Mr Alhassan added that “They lie on the floor because they do not have mats. They do not have clothes to wear. They were on LEAP but their names were deleted from the programme in 2017. Many of them have had their NHIS subscriptions expired. There is only one private school from class one to six in the area and many of their children do not attend the school because they cannot pay the fees. Some inmates are very old and do not have relatives to take care of them.”

He, therefore, appealed to government to put the inmates back on the LEAP, renew their NHIS subscriptions, absorb the private school in the area amongst other support packages to improve the conditions of the inmates.

At the Kpatinga Witches Camp, similar challenges including the lack of toilet facilities and electricity at the camp were enumerated.

Madam Morrison described the inmates as vulnerable, saying, government was looking at putting them into groups to engage in shea butter processing as well as support others with inputs to support their food production activities.

She encouraged them to remain strong and have the assurance that the state was interested in creating safe haven for them.

Member of Parliament for Atwima-Kwanwoma, Dr Kojo Appiah-Kubi said the Committee would submit a report on the state of the camps to Parliament for action to be taken regarding issues identified during the visit.

Dr Appiah-Kubi spoke against human rights abuses meted out to people, especially vulnerable elderly women, who were wrongfully accused of witchcraft, advising communities noted for such acts to desist from the practice.

The delegation presented some food packages to the inmates to support them.

The Ghana News Agency also understands that the delegation will visit other alleged witches’ camps in the north before returning to Accra.